* Petitioners pray to declare Sindh Local Government Amendment Bill 2021 as void and restrain respondents from enactment and promulgation of the bill as an act. 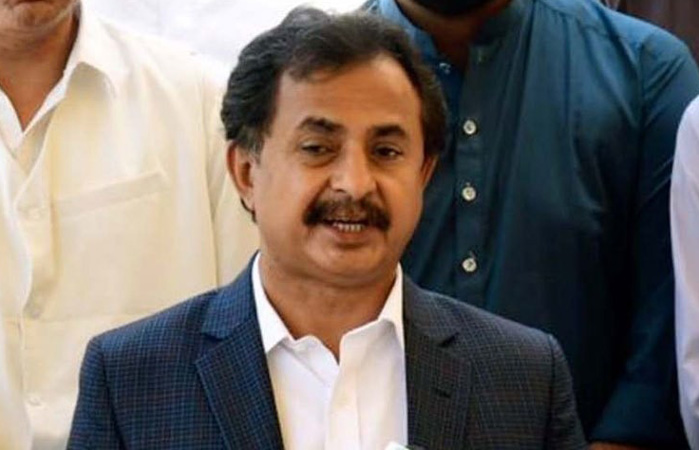 Leader of the Opposition in Sindh Assembly Haleem Adil Sheikh and President Pakistan Tehreek-e-Insaf (PTI) Karachi MPA Khuram Sher Zaman Friday filed a constitutional petition in Sindh High Court (SHC) praying the court to declare Sindh Local Government Amendment Bill 2021 as void and restrain the respondents from enactment and promulgation of the bill as an act.

Chief Secretary Sindh, provincial secretaries of Local Government and Law departments, Speaker and Secretary Sindh Assembly and Chief Election Commissioner has been nominated as respondents in the petition.

Petitioners have argued that said bill was extremely in violation of Articles 7, 8, 17, 32 and 140-A of the Constitution and against the fundamental rights of citizens who were already hard pressed and might further face hardship towards their livelihood due to the proposed law.

The bill not only usurped authority of LG bodies regarding health, education, issuance of various certificates, control of lands owned by municipal bodies, removal of encroachments and other fundamental functions but also introduced dubious amendments opening avenues for selection of non elected person as mayor or chairman and horse trading, the petitioner further argued.

Speaking at the occasion to media persons at SHC building, Haleem Adil Sheikh who is also central vice president of PTI said that Sindh government intended to deprive local governments from authority, responsibility and functions guaranteed by Constitution of Pakistan. Undermining article 140-A which required devolution of financial, administrative and political authority to LG system, Sindh government has centralized all the powers instead of devolving them to third tier of government, he noted and termed the bill as violation of Constitution, contradictory to laws, against spirit of democracy and an attempt to exert absolute authority of provincial government on LG bodies.

Haleem Adil said that the bill was passed in haste from Sindh Assembly while suppressing rules which required providing draft bill to elected members two days before introduction of the bill in the house and discussion in concerned standing committee. The bill was tabled and got approved within an hour amid protest by opposition, he recalled.

Expressing concerns over introduction of secret balloting for election of mayor or chairman he asserted that it would facilitate horse trading that was witnessed by entire nation in senate elections when PPP purchased votes for their candidates.

The amendment will also enable a person who could not win even a union council to become mayor or chairman, he said adding that the amendment was introduced to make a way for rejected people because PPP was aware that people are going to reject them in upcoming elections.

Haleem Adil Sheikh also criticized Commission for Regularization of Construction Ordinance and termed it as a conspiracy for legitimizing encroachment over 3.9 million acres of state land in Sindh. He said that the move was aimed at prolonging their corrupt systems and cleansing wrongdoings of 14 years. He said that composition of the proposed commission raised questions as it would be consisted of a retired judge as chair and Advisor to CM Sindh on Law, secretary Local Government and three nominees of the CM. He suggested that such a commission should be chaired by a sitting judge of Sindh High Court or Supreme Court as cases of land grabbing and illegal construction were being heard by Supreme Court.

Haleem Adil said that affectees of Nasla tower were innocent citizens and they deserve compensation but PTI would resist any move for usurping 3.9 million acres of state land in their name.

Speaking at the occasion Khuram Sher Zaman said that PTI had rejected the LG bill in and outside the assembly and it was also rejected by all political parties as well as by people of the province. “We believe that judiciary will throw away the anti-people law,” he hoped.

Khuram said that PTI would mobilize masses against the authoritarian law and will contact all political parties, NGOs, lawyers and professional associations in the regard.

He said that Prime Minister Imran Khan is introducing Electronic Voting Machines and other reforms to ensure free, fair and transparent elections in Pakistan but Bilawal who was foreseeing his defeat was opposing EVM and wanted secret balloting in LG elections. Murad Ali Shah who earlier claimed to empower local governments has made the LG bodies powerless, he said alleging that PPP was planning to steal the mandate of people. Expenses of PPP leaders and Sindh ministers were managed by Town Municipal Officers of rural areas of Sindh and now they were legislating to misappropriate funds of Karachi and other major cities of the province, he said.

They should have referred to LG laws of KPK, Punjab and Islamabad where local bodies were empowered and enjoy maximum rights and authority, he said. Advocate Mustafa Mahesar speaking to media informed that recently introduced amendments were violation of constitution and they had completely changed the nature of Local Government Act 2013 by taking away authority and functions of local governments.