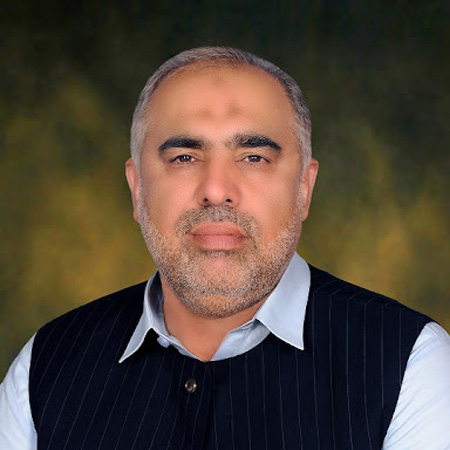 Speaker National Assembly Asad Qaiser Friday said that collaborative efforts are required for ensuring inclusive, accessible, and sustainable future of PWDs. He said that parliament is a platform where all social welfare organizations which are taking steps for the welfare of PWDs can be facilitated.

He said that Parliament of Pakistan is fully cognizant of socio-economic challenges faced by PWDs in the society.

Addressing the participants, Speaker Asad Qaiser said that differently able people have immense potential and energy to contribute to the progress of the country.

He said that they are capable to perform all tasks but they need encouragement and assistance to make them productive part of the society.

He said that facilitating the people with Disabilities has been the priority of incumbent government and the government is taking various steps to provide equal access to education and health and other basic facilities to them.

While appreciating the achievements of National Assembly Special Committee on PWDs, Speaker Asad Qaiser said that there are a lot of organizations which are striving for facilitating PWDs and it has been his effort to bring all efforts in one direction on the platform of Parliament. He also resolved to support all welfare organizations which are trying to bring positive changes in the lives of PWDs.

Appraising the participants about his initiatives of establishment of Alamabad Social welfare village at Swabi, he said that the people of Swabi have been gracious enough to grant on thousand Kanals for Alamabad welfare city in Swabi.

He also expressed his desire that welfare villages on the pattern of Alamabbad city should be replicated across the country.

She said that the Committee is working constructively to ensure that every person with a disability shall have an equal opportunity to participate in all spheres of life without any discrimination. She said that it is first Parliament in Commonwealth countries which has been made accessible for PWDs.

Emerging Leader on Disability Inclusion Ms. Zala Qaiser said that PWDs are facing major challenges of illiteracy and lack of health facilities. She also proposed that special quota for PWDs should be allocated at provincial and federal level.

She said that women PWDs should be the special focus of the policy makers. She also applauded the initiatives of Speaker National Assembly Asad Qaiser.

Dr. Bahktior Kadirov country Director UNFPA said that socio-economic inclusion of the PWDs would make them productive segment of society. He also appreciated the initiatives taken by special Parliamentary committee on the welfare of PWDs.