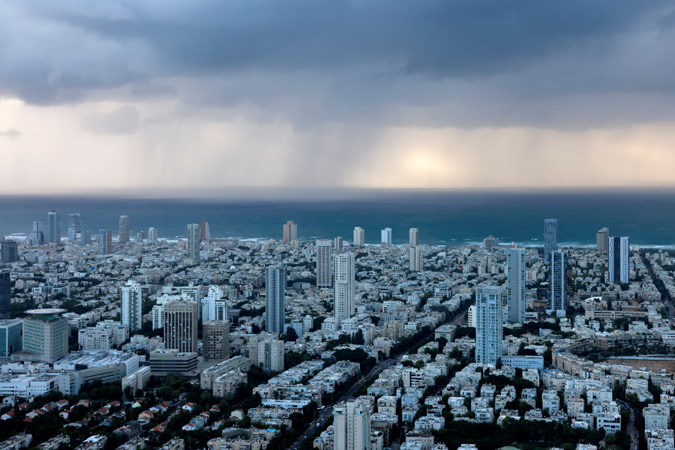 Israeli musician Shir Meir lives in a Tel Aviv hostel room with three friends, sharing a kitchen and bathroom with others as they struggle to get by in the world’s most expensive city. “We got to a point of despair” with housing prices, the 22-year-old said. “There’s no normal apartment for young people who are starting their lives in this city.” Meir is among nearly half a million residents of the coastal metropolis who are dealing with skyrocketing living costs. Israel’s cultural and economic capital is now more expensive than Paris, Singapore, Zurich, Hong Kong and New York, according to an authoritative ranking compiled by the Economist Intelligence Unit. It climbed the list partly due to the strength of the national currency, the shekel, against the dollar, as well as increases in prices for transport and groceries. Neighbouring Syria’s capital Damascus meanwhile was listed the world’s cheapest city to live in. Sitting on a bench on a central Tel Aviv shopping street lined with boutiques and gleaming renovated apartments, Janine Vosburgh said she now avoided luxuries like restaurants and cafes.