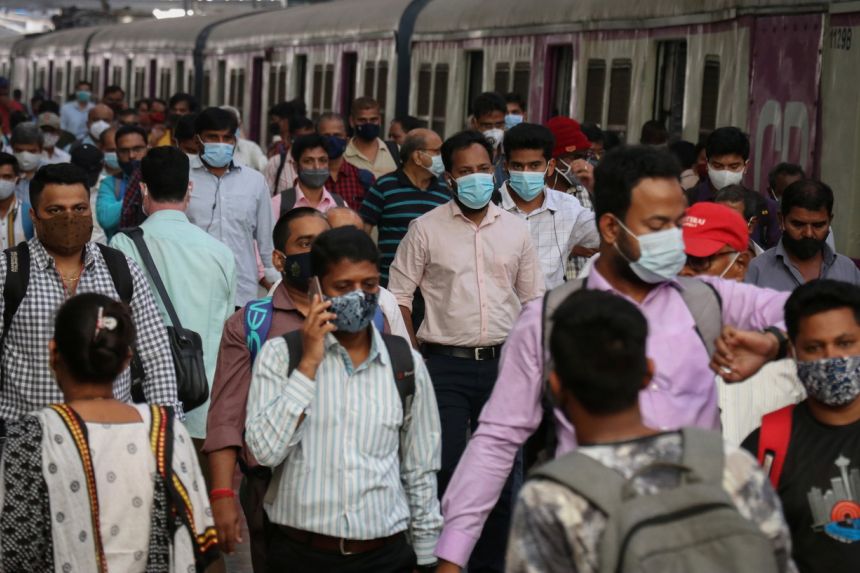 India announced its first two cases of the highly infectious Omicron Covid variant on Thursday, months after a devastating wave of the virus killed more than 200,000 people around the country.

Top health ministry official Luv Agarwal said two men in southern Karnataka state, aged 66 and 46, had tested positive for the variant. “As per the protocols all their primary and secondary contacts have been traced and are being tested,” he told a press briefing. India has yet to impose new blanket international travel bans but on Monday the health ministry ordered all inbound travellers from “countries at-risk” to undergo mandatory post-arrival Covid testing, along with the random testing of other international arrivals.

The nation’s biggest city Mumbai on Wednesday imposed mandatory seven-day quarantines for all passengers arriving from at-risk countries. Omicron, first discovered in southern Africa, represents a fresh challenge to global efforts to battle the pandemic with several nations already re-imposing restrictions many had hoped were a thing of the past.

It is the latest coronavirus strain to emerge since the start of the pandemic, including the currently dominant Delta variant, which was first detected in India in October 2020. More than 200,000 people around the country died in a devastating Covid wave between April and June that overwhelmed hospitals and crematoriums.

It struck after one of the world’s biggest religious gatherings, the Kumbh Mela, which attracted around 25 million Hindu pilgrims. That gathering, along with large state election rallies, was blamed by experts for fuelling the Delta surge. India has the world’s second-highest number of cases, with more than 34 million confirmed infections.

Its nearly 470,000 Covid deaths are the third-highest, behind the tolls in the United States and Brazil. But under-reporting is widespread and some studies have estimated India’s true toll could be up to ten times higher. The country has since administered more than 1.2 billion Covid-19 vaccine doses but only around a third of the population are fully vaccinated, according to government data.

Meanwhile, in the United States, fears over the effect of the new coronavirus strain have risen after it reported its first case in a fully vaccinated person in California. The case returned from South Africa on November 22 and tested positive seven days later. The World Health Organization (WHO) said data on how contagious Omicron is should be available “within days”, while the Japanese central bank warned of economic pain as countries tighten containment measures.