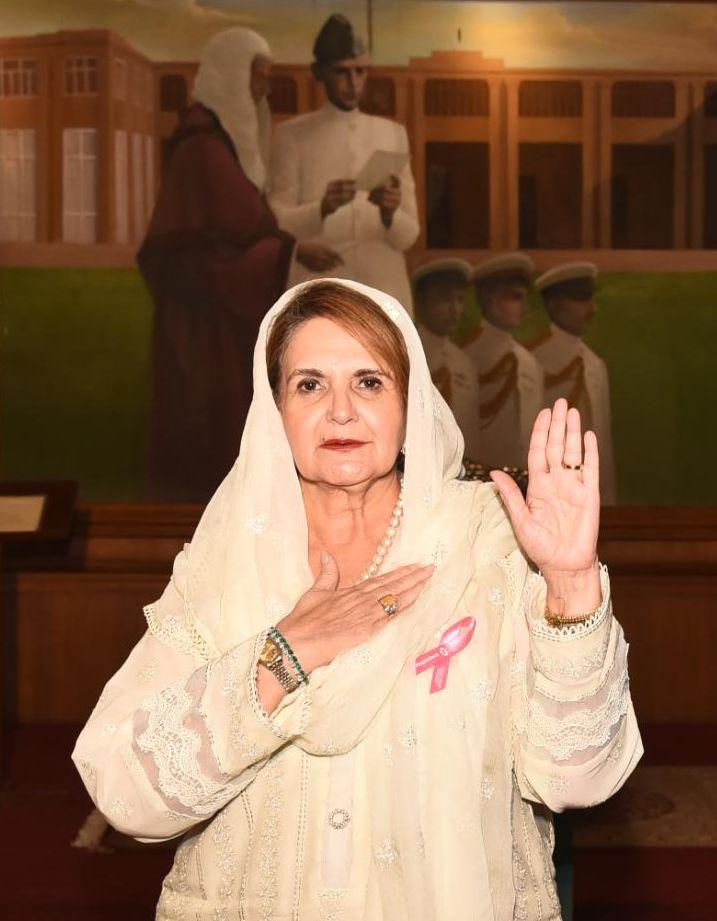 ISLAMABAD, Dec 2 (APP): Samina Alvi, wife of President Arif Alvi on Thursday said early diagnosis was the only cure to breast cancer and urged the women to be vigilant about the alarming signs of the disease.

Speaking at an awareness seminar held at Shifa International Hospital, she said women must practice self-diagnosis to be aware of any abnormal changes or formation of lumps in their bodies.

Begum Alvi said Pakistan had one of the highest rates of breast cancer in Asia, and stressed the need for raising awareness among women and communities.

She said a healthy woman could better contribute to the development of her family and society.

Samina mentioned that she personally visited all provinces to raise awareness about breast cancer and informed the girls and women to spare five minutes for themselves every month for self-examination.

She regretted that by the time the women learned about breast cancer, it spread to other organs as well, thus leading to a high mortality rate.

She urged medical professionals to visit colleges and universities to spread awareness among students regarding the disease.

Begum Alvi said the joint efforts of government, civil society, and media were required to raise awareness about breast cancer.

She lauded the efforts of Shifa International Hospital in conducting the awareness seminar and called for reaching out to women in far-flung areas as well.

Dr. Manzoor H. Qazi, Chief Executive Officer at Shifa International Hospital expressed the resolve to keep promoting and educating the masses about breast cancer at all platforms through seminars, sessions, and utilization of conventional and social media.