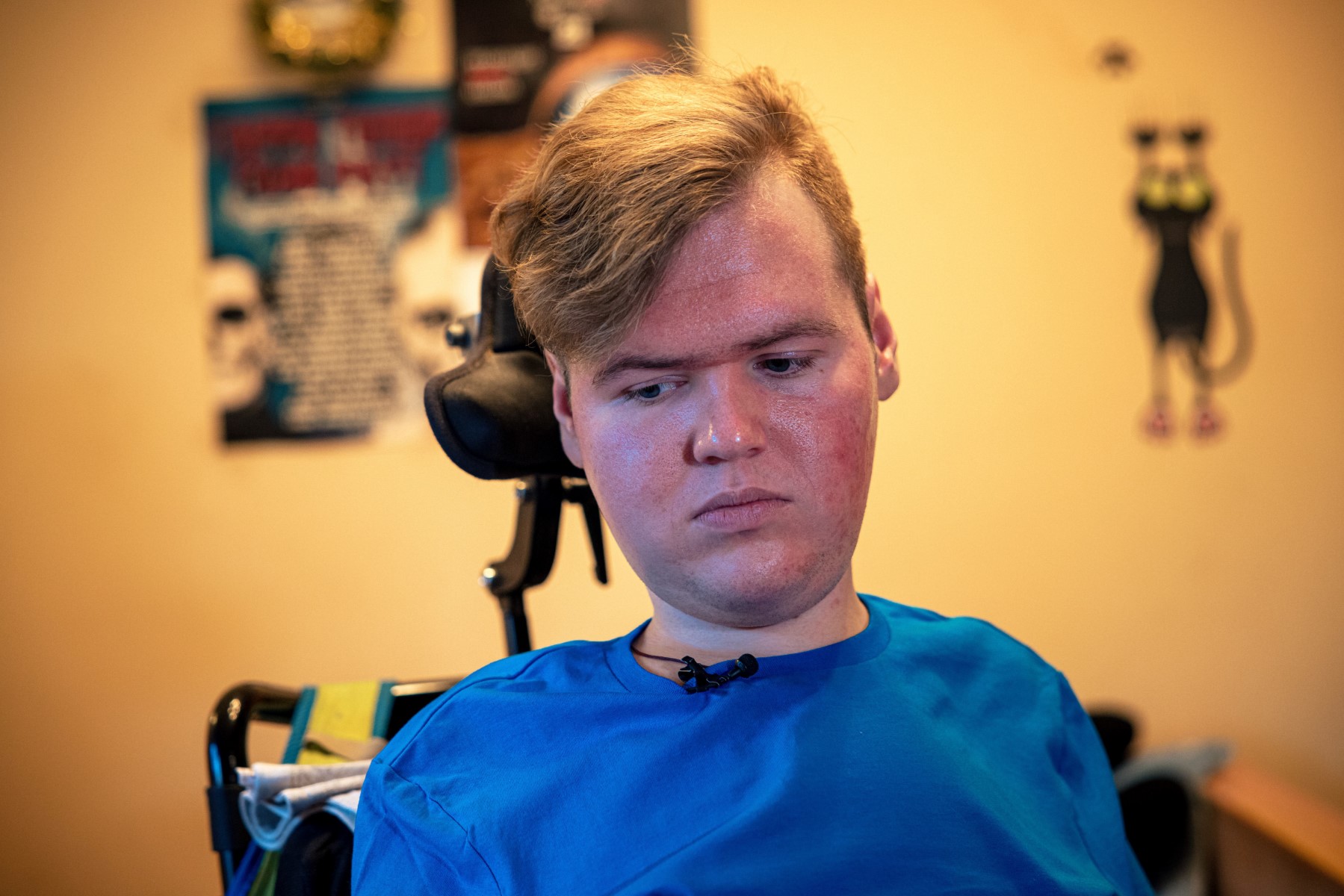 Diagnosed with a rare neuromuscular disorder, 25-year-old Marina Lisovaya needs a costly treatment to stop her condition from getting worse and save her from dying young.

But like many others in Russia with spinal muscular atrophy (SMA), she is fighting for state healthcare providers to pay for the drugs that she needs.

“To put it plainly, you’ve been turned around and pointed towards the cemetery,” says Lisovaya, 25, who uses a wheelchair.

With their health deteriorating, Lisovaya and others with SMA have had enough and are demanding the government pay for their treatment.

In late September, she organised a demonstration outside the Moscow mayor’s office, rolling out three empty wheelchairs bearing photos of adults with SMA who died in the last five years.

“I wanted to show them what will happen if we wait,” she explains.

SMA impedes muscular development, causing muscles to weaken and eventually waste away. In later stages, sufferers can lose the ability to breathe or swallow on their own.

The genetic condition has no cure, though there are drugs that can slow its development and improve motor function.

But the two medications so far registered in Russia — Spinraza (Nusinersen) which is injected into the spine several times a year and Risdiplam (Evrysdi) which is taken orally every day — are among some of the most expensive drugs in the world.

Although Russian regions are supposed to pay for the expensive medicine, local health departments have baulked at the prices.

In Moscow — Russia’s capital and wealthiest city — none of the 38 known adults with SMA have been able to secure treatment, according to the “Semyi SMA” (SMA Families) group.

And with the median monthly salary in Russia hovering just above $400 (350 euros), paying for the drugs privately is not an option.

After dozens of medical tests, Lisovaya has twice been told by a committee of doctors that treatment would be “impractical” for her.

Earlier this year, she took Moscow’s health department to court for denying her treatment, but lost.

“My best friend died before he got treatment. A lot of people have died,” she says.

In the time she has been seeking treatment, Lisovaya says her left arm has become weaker and her lung capacity has decreased.

For now, she can use a laptop to work remotely, but she lives in fear of losing what independence she has left.

“SMA is scary because you are aware of everything. Your brain continues working until the moment you die,” says Daniil Maximov, a 19-year-old Muscovite with the condition.

When the programme ended after nine months, it was up to the Russian government to secure his doses.

In that brief period, the 19-year-old said his lung capacity improved and he gained better control of his neck. But the progress halted after he stopped taking the treatment.

“It says in the constitution that the state needs to treat its citizens. I am a Russian citizen — where is my treatment?” says Maximov, sitting in a wheelchair in his Moscow apartment.

Maximov has also protested outside government buildings with posters, one of them reading “We also want to live”, and has been invited to speak with officials and doctors.

He says he feels like a “beggar asking for food.”

Moscow’s health department this year opened a specialised medical centre for SMA patients, where those with the condition must obtain a doctors’ note to be eligible for free treatment.

But Maximov says the centre has rejected all those who have applied, like Lisovaya who says it turned down her request in the autumn.

The Moscow health department did not reply to AFP’s requests for comment.

Maximov doesn’t plan to back down and wants to relay his requests to President Vladimir Putin.

“I am not breaking the law, I am not challenging the government… I am fighting for our country to observe its own laws,” he says.

Outside Moscow, some patients have been able to get the treatment.

According to Olga Germanenko of Semyi SMA, about a quarter of Russia’s 300 or so adults with SMA are getting medication.

She says it’s absurd that patients are able to be treated in smaller and poorer regions but not in the wealthier capital.

“There is a solution, this is probably a question of political will,” Germanenko, 37, says.

Children across the country are able to get treatment, after Putin earlier this year established a foundation — funded by a tax on high-income Russians — that provides almost all underage SMA patients with the drugs they need.

But teenagers often lose that support once they turn 18.

“How much is a human life worth? I don’t think anyone can answer,” says Germanenko, whose 13-year-old daughter has SMA.

“But if there is a treatment that is able to stop the inevitable progression of an illness that leads to a slow death, then why shouldn’t we use it?”