Timelines for CPEC projects must be adhered to, says PM 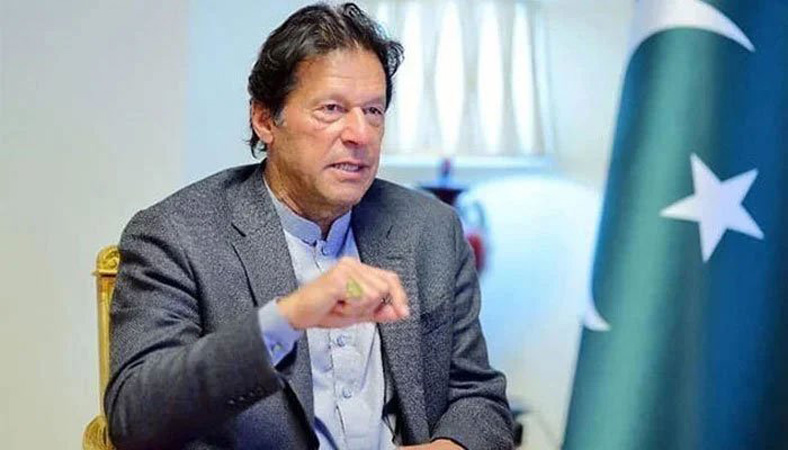 Prime Minister Imran Khan on Wednesday emphasized that timelines specified for the completion of China-Pakistan Economic Corridor (CPEC) projects should be adhered to.

The government of Pakistan was fully committed to the provisions of CPEC agreements, he said while presiding over a high level meeting held here to review the progress on CPEC projects. He stated that China has been a time-tested friend of Pakistan and that the government accords high priority to the implementation and operationalization of CPEC projects. He highlighted that the continuity of policies was essential for long-term projects in order to achieve maximum benefits for the country.

Earlier, Special Assistant to PM on CPEC Affairs Khalid Mansoor briefed the meeting about the updated status of CPEC projects.

Meanwhile, Prime Minister Imran Khan stressed the need for taking emergency measures to control the smuggling of commodities including wheat, urea, sugar, flour, petrol and check money-laundering. Chairing a high-level meeting to review anti-smuggling and anti-money-laundering measures, he said heavy damage was inflicted on the economy as a result of smuggling of food commodities due to price differential. He added that smuggling created an artificial shortage of commodities and ultimately resulted in price hike.

The prime minister directed that all stakeholders should undertake emergency measures and bring-out-of-the-box solutions to control smuggling of essential commodities. He emphasized that the objective was to provide relief to the common man against the price hike.

The meeting was informed that Federal Investigation Authority (FIA) had undertaken extensive investigations against illegal money laundering and holding of US dollars. It was apprised that security was being beefed up at border crossings to check goods and to ensure that each load was recorded for tracking purposes.

The meeting was briefed that significant success has been achieved to control illegal petrol smuggling and operations against hoarders.

Separately, Prime Minister Imran Khan appreciated the Federal Board of Revenue (FBR) on achieving an increase of 35 percent in revenues of November 2021 compared with the same month the previous year. “Congratulations to the FBR team for achieving a 35% increase in revenues in November over last year,” he said in a tweet. The prime minister also mentioned the 37 percent increase in the five months over last year.

The FBR on Tuesday said it had registered a “historic growth” in revenue collection of 36.5 percent from July-November of the fiscal year 2021-22.

“It has collected net revenues of Rs 2,314 billion during the first five months of the current FY against set target of Rs 2,016 billion, exceeding by Rs.298 billion,” an official tweet of FBR said.