* This year, 28 established and burgeoning designers and retail brands will grace the runway to showcase their latest bridal collections 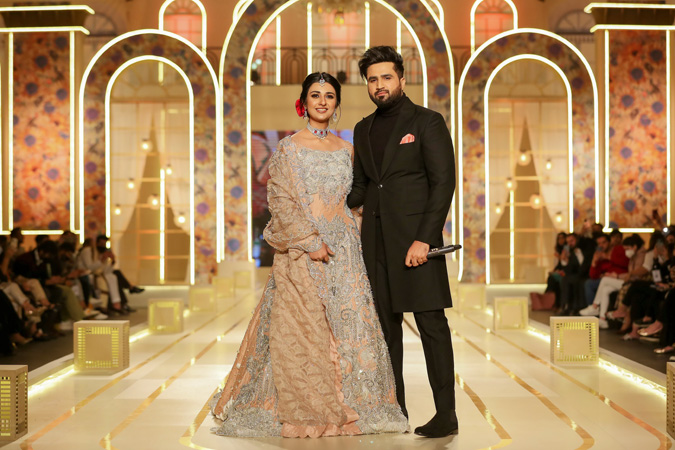 Hum Network has announced the 19th edition of the country’s biggest and most sought-after bridal fashion show, the Pantene Hum Bridal Couture Week, 2021, slated to commence in the Mughal City of Gardens from December 10-12.

The 19th edition of the bridal extravaganza will feature new bridal trends by established and emerging fashion designers and an amazing runway show experience with an illustrious list of showstoppers including Yumna Zaidi, Hareem Farooq, Kinza Hashmi, Nimrah Khan, Shahzad Sheikh, Fahad Sheikh and many others.

N-Pro and N-Gents will be grooming 45 plus models over the course of three days, along with prominent names from the entertainment industry as showstoppers. All public relations operations and media liaison is being carried out by the in-house team of HUM Network Limited, in collaboration with Moiz Kazmi and his team at MK Digital PR, along with show production, direction, choreography and execution by the Special Projects & Events team at HUM Network Limited.

PHBCW, since its inception, has established itself as a number one choice for both established and burgeoning fashion designers to showcase their latest bridal collections on the runway. Over the years it has provided a platform not only for Pakistan’s prominent designers but has also given the aspiring and emerging talent in our country an opportunity to stand side by side with the fashion gurus.

With HUM’s ever-increasing global reach, HBCW has now become the only preferred platform for bridal fashion and jewellery designers to promote and exhibit their wares to local and foreign buyers.