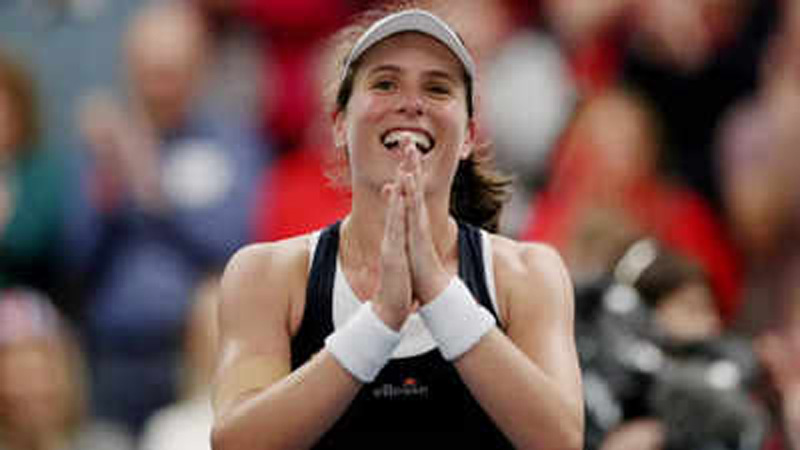 LONDON: Former British number one Johanna Konta announced her retirement from tennis on Wednesday.The 30-year-old has struggled with persistent knee trouble over the past couple of seasons and has slipped to 113 in the world rankings — a far cry from her career high of number four.Konta, who reached the semi-finals of three of the four majors, plus the quarter-finals of the US Open, made her announcement on social media with a post headlined ‘Grateful’.She wrote: “This is the word that I’ve probably used the most during my career and is the word that I feel explains it best in the end.My playing career has come to an end, and I am so incredibly grateful for the career that it turned out to be. All the evidence pointed towards me not ‘making’ it in this profession.However my luck materialised in the people that came into my life and impacted my existence in ways that transcended tennis.I am so incredibly grateful for these people.”In June, Konta won the Nottingham Open, becoming the first British woman to lift a WTA title on home soil since Sue Barker in 1981.