* Says Pakistan is not among narcotics producing countries and we are facing the brunt of this nuisance only due to our geographic positioning in the region
* Role of teachers and parents is of prime importance as they can guide young generation in right direction through constant counseling. 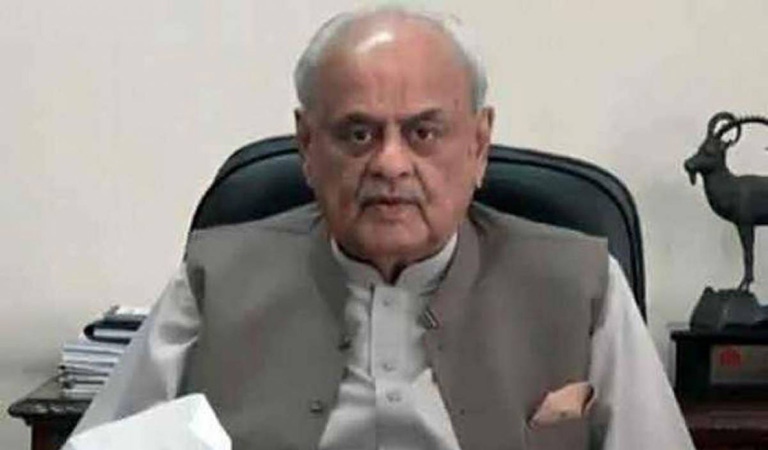 Federal Minister for Narcotics Control, Ijaz Ahmed Shah on Wednesday said it was our prime target to save the young generation from the curse of narcotics and the entire nation has to add its share in the war against narcotics.

The Minister while referring to the newly passed out officers said it was the bestowment of Allah Almighty who granted you such courage and strength to join this force and hoped that they would come up to the expectations of their parents and officers.

“The profession you have chosen would help save the future of our generations in days to come”, Ejaz Ahmad Shah said and added that “No doubt you would face several challenges in discharging your responsibilities as it is the era of fifth generation war”.

The Minister further said Pakistan was not among the narcotics producing countries, adding we were facing the brunt of this nuisance only due to our geographic positioning in the region.

To purge the society of this curse, he said everyone has to add part in government’s endeavors as considering it a collective responsibility. The role of teachers and parents was of prime importance in this connection as they could guide the young generation in the right direction through their constant counseling.

He said the new variant of coronavirus has been detected and urged the people to get vaccinated for their own and others’ safety. Our strategy against coronavirus which prevented large-scale fatalities in the country was acknowledged by the world community. To block the entry of the new variant of coronavirus in Pakistan was our prime focus however vaccination and observance of prescribed SOPs was the only way to remain safe.

Shah hoped that the dream of Green Pakistan of Prime Minister Imran Khan would soon become a reality adding efforts of Pakistan in combating the environmental challenges were recognized at global platforms.

At the end the Minister Narcotics Control congratulated all the newly passed out officers and officials of the ANF and extended best wishes for them in discharging their future responsibilities.