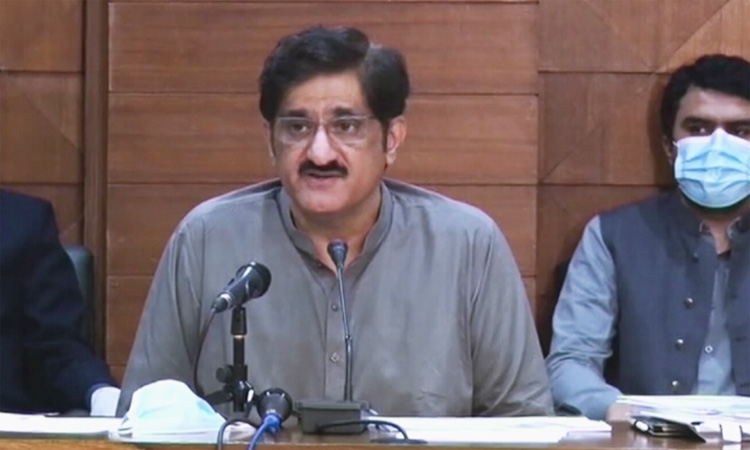 Sindh Chief Minister Murad Ali Shah in a meeting on law and order urged for the arrest of the culprits involved in the targeted killing of Irfan Mahar Advocate, who was killed in Karachi’s Gulistan-e-Johar area.

“I want the killer of Irfan Mahar (arrested) at any cost,” the CM said while chairing an emergency meeting on the city’s law and order. The chief minister directed the AIG Karachi with regard to the arrest of culprits involved in the high-profile murder.

Irfan Mehar was gunned down by unidentified assailants in Gulistan-e-Johar Block 13. The slain lawyer was the secretary of the Sindh Bar Council. The chief minister also directed police officials to take stern measures to curb street crimes in the city. He directed the police to take steps to control mobile phone and car snatching incidents.

He also directed the police to trace immediately the robbers involved in bank heist in FB Area of the city. He urged for launching a crackdown against mainpuri, gutka, mawa, and other contraband items being sold in the city. “I want a peaceful Karachi at any cost,” he told police officials.