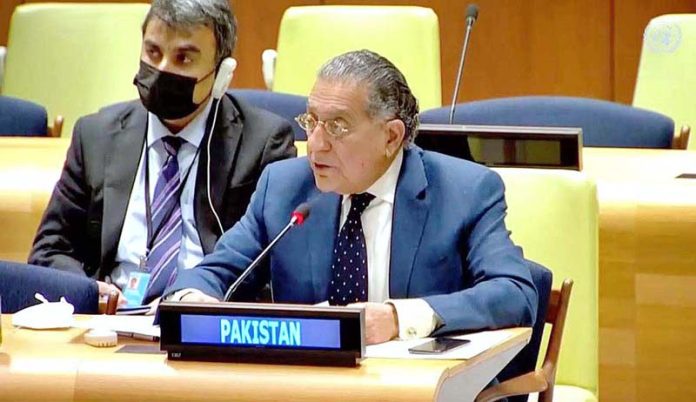 UNITED NATIONS: After Pakistan’s election, by acclamation, as chairman of the Group of 77 and China for 2022, Ambassador Munir Akram said Tuesday he would work on the basis of “transparency, inclusivity and objectivity” in promoting the group’s interests and objectives.

“We are honored to be elected as the chairman of the group for 2022,” Ambassador Akram, Pakistan’s permanent representative to the UN, said in brief remarks at the virtual annual meeting of ministers for foreign affairs of the G-77, the largest coalition of 134 developing countries.

A founding member of G-77, which promotes its members’ collective economic interests at the UN, Pakistan will take over from Guinea, the current chairman, at the start of the new year. Since G-77’s founding in 1964, Pakistan has held its chairmanship three times — in 1976, 1992 and 2007, when Ambassador Akram chaired the group during his previous term as the Pakistani envoy to the UN.

“But”, he said, “with a traditional solidarity of the group, we are confident that the Group of 77 and China will succeed in achieving these objectives and overcoming challenges.”

In conclusion, the Pakistani envoy thanked Guinea for its great contribution during the current year and to thank all of those countries, ministers and representatives, who have congratulated Pakistan on its election.