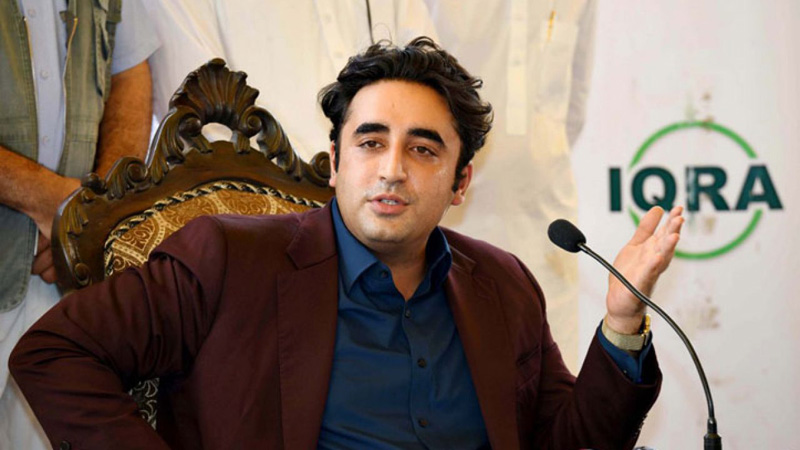 Addressing a rally in Peshawar, the PPP leader said they were not happy at all that audio tapes were emerging against those who would threaten and pressure courts over phone calls to hand sentences of 20-year imprisonment to Shaheed Bibi and Zardari and to seize their family property. “We think the system of making phone calls is wrong today and was wrong then and in future, no one should have the courage to make such an attempt,” Bilawal said.

He said Imran must realise the gravity of the situation and stop practicing undemocratic politics, otherwise, he will also meet the fate of his predecessors. He said the PPP and the masses will hold Prime Minister Imran Khan accountable for every misery he had heaped upon the people.

He said the current government was toying with the future of Pakistan and its people. “After three years, every Pakistani is aware that the tabdeeli’s real face is the rising inflation, historic poverty and unemployment. These are the antics of Khan, and this is Naya Pakistan,” Bilawal said. “When a government keeps waiting for the umpire’s directions, then pain is inflicted on the masses,” he continued.

Talking about the audios allegedly featuring ex-chief justice of Pakistan Saqib Nisar and another of PML-N Vice President Maryam Nawaz, he said, “Let the conspirators plot their conspiracies, let people leak tapes; we will struggle along with the people and foil every conspiracy.”

The PPP chairman said people who had earlier blamed the PPP leaders for corruption and phoned courts to take action against them were now certified “thieves”. Bilawal asked PM Imran Khan to halt his anti-democratic methods, as he vowed that in the upcoming local body elections, the PPP and the masses would hold him accountable. “Imran will not be allowed to run away. No plane would land late at night to fly him to Saudi Arabia or London,” he warned.