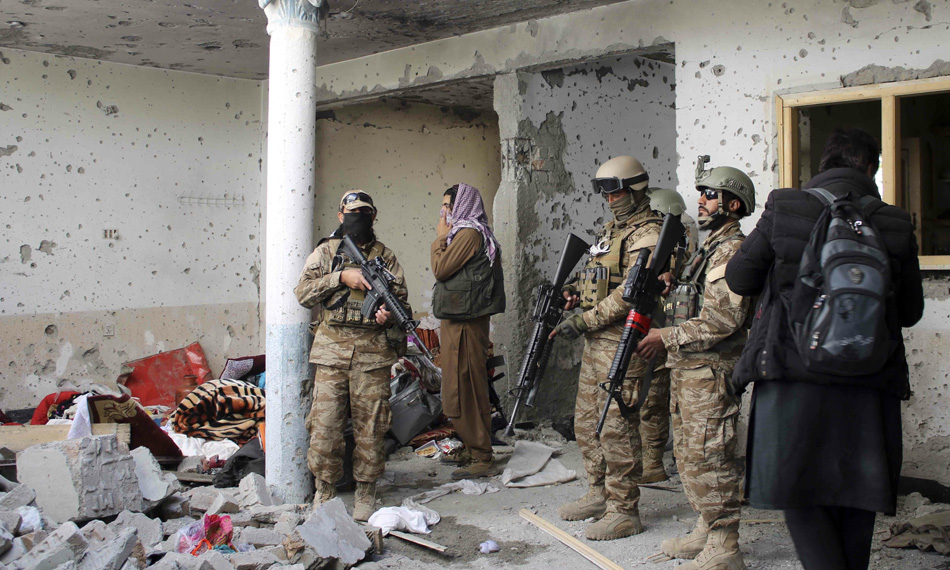 Taliban fighters have summarily killed or forcibly disappeared more than 100 former police and intelligence officers since taking power in Afghanistan, Human Rights Watch (HRW) said in a report on Tuesday.

The group pointed to continuing retaliation against the armed forces of the ousted government despite an announced amnesty. Taliban forces have hunted down former officers using government employment records and have targeted those who surrendered and received letters guaranteeing their safety, the report said.

In some cases, local Taliban commanders have drawn up lists of people to be targeted, saying they committed unforgivable acts.

The pattern of killings has sown terror throughout Afghanistan, as no one associated with the former government can feel secure they have escaped the threat of reprisal, Human Rights Watch said in the report.

Lightning takeover: The Taliban seized power on August 15 when they swept into the capital Kabul as the internationally backed government collapsed. Kabul’s fall capped a stunningly swift takeover by the insurgents, who had taken a string of cities as US forces and their allies withdrew from Afghanistan after nearly 20 years of war. Since that time, the Taliban have been struggling to deal with the collapse of the country’s economy and have faced an increasingly deadly insurgency by the Islamic State (IS) group. Taliban forces have also targeted people they suspect of supporting the Islamic State group in eastern Nangarhar province, an epi-centre of IS attacks, the report said.

In the province’s capital Jalalabad, a fierce, 8-hour gun battle erupted on Tuesday when Taliban forces raided a suspected hideout of IS militants, witnesses said. The deputy provincial police chief, Tahir Mobariz, said that during the fighting, a woman and a man in the house detonated suicide vests, dying in the blasts, and third person was killed by gunfire. “Two suspected militants were arrested,” he said.

Nothing to fear: The Taliban leadership has repeatedly announced that workers of the former government, including members of the armed forces, have nothing to fear from them. Former army officers have said they were ordered to give up their weapons, and in return they received a document confirming their surrender and ensuring their safety.

On Saturday, Taliban Prime Minister Mohammed Hassan Akhund denied in a public address that any retaliation was taking place.

“When the Taliban took over, they announced amnesty for all. Has there been any example of this?” he said, referring to retaliation. “There is no problem for anyone.”

But he added that if any former security officer “resumes his bad deed […] then he will be punished based on his crime.” But Human Rights Watch said the promised amnesty has not stopped local commanders from retaliating against former members of the army, police and intelligence services.

“The burden is on the Taliban to prevent further killings, hold those responsible to account and compensate the victims families,” said Patricia Gossman, the organisation’s associate Asia director.

Documented killings: Through interviews with witnesses, relatives, former government officials, Taliban officials and others, Human Rights Watch said it had documented the killings or enforced disappearance of 47 former armed forces members in four provinces between August 15 and October 31. It said its research indicated at least another 53 killings or disappearances took place as well.

The research focused on Ghazni, Kandahar, Kunduz and Helmand provinces. But the cases reflect a broader pattern of abuses reported in other provinces, it said. Taliban fighters have carried out night raids on homes to detain former security officers or threaten and abuse their relatives into revealing their whereabouts, it said. In multiple cases it documented, the bodies of those who had been taken into detention were later found dumped in the street.

“While some opportunistic killings took place immediately after the Taliban takeover, killings and disappearances appear to have become more deliberate since then as Taliban commanders […] have used informants and information from the previous government to locate others linked to the former armed forces,” it said.