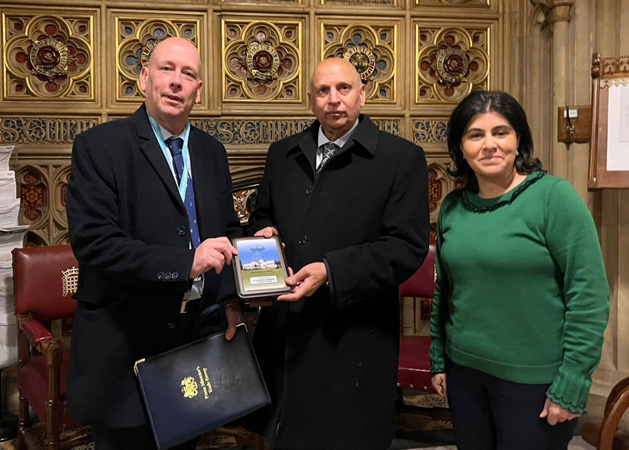 Punjab Governor Chaudhry Sarwar said on Tuesday that under the leadership of Prime Minister Imran Khan, Pakistan played an exemplary role in the Afghan peace process, adding that world community should also ensure unconditional support for the crisis-ridden people of Afghanistan.

The previous governments of Pakistan did not strengthen the institutions but the present government was pursuing a policy of strengthening the institutions and practical steps were being taken for this. Cases have not been decided in Pakistani courts for years, but reform in persecution and police was the greatest need of the hour, which must be given full attention. “I am bound by the party policy, he said and added, “the party asked me to become the Punjab Governor, which I accepted, but I will participate in the next election, InshaAllah. The Overseas Commission is working efficiently to resolve the problems of Punjab and Overseas Pakistanis.”

Governor Punjab Chaudhry Sarwar said, “I’m glad that around two dozens Pakistanis are in Parliament today in British politics and are making efforts for Pakistan.” Afghanistan and other issues were in front of everyone, he said and added that at present, Pakistan was facing many challenges which everyone must work together to overcome. The role Pakistan has played in the Afghan peace process was appreciated by all and there was no doubt that war was not the solution and problems could always be resolved through dialogue, he added.

He said, “Even today, we believe that leaving the Afghan government alone is not in the best interest of the world. The world must provide unconditional aid to Afghanistan.” Chaudhry Sarwar said that practical work was being done for the protection of minorities in Pakistan. Wherever there is any injustice with minorities, government organizations take strict notice, he said and added the protection of life and property of minorities was ensured and in accordance with the vision of Quaid-e-Azam Muhammad Ali Jinnah, religious freedom as well as provision of all facilities was being ensured to all minorities living in Pakistan.

In response to questions from journalists, Governor Punjab Chaudhry Mohammad Sarwar said that he was working as a senator in 2018 when Prime Minister Imran Khan and the party leadership decided to make him the governor, as a party member he accepted the decision of the party but now he had decided to participate in next general election. The people have given a mandate to the PTI government to rule for five years and it would complete its constitutional tenure and the general elections in the country would be held in 2023.

Chaudhry Mohammad Sarwar said the Punjab government was working on police reforms, there came a delay but the PTI government promises that they would bring police reform and people would get justice in police stations.