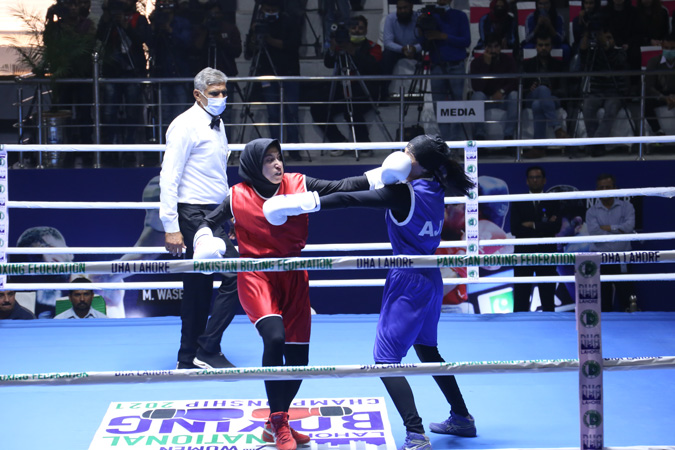 This event will continue till 05 December 2021, where 12 Men teams and 07 Women teams will compete in a total of 153 bouts in different weight categories for this championship. A total of 145 men and 27 women entries have been received so far as stated by DHA Public Relations Press Release.

Administrator DHA Lahore, Brigadier Waheed Gul Satti was the chief guest on the occasion. On arrival, he was briefed by President Pakistan Boxing Federation, Mr. Muhammad Khalid Mahmood on the key issues related to the organization of this championship. While talking on the occasion, chief guest appreciated the efforts of Boxing Federation and DHA Sports Branch for arranging the event. He also welcomed the participants of this championship.