Amendments requesting the use of EVMs can be overruled by the ECP: former ECP official 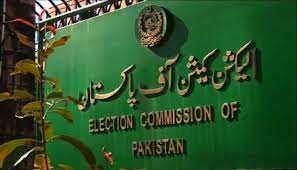 LAHORE: Kanwar Muhammad Dilshad, Chairman of the National Democratic Foundation (NDF), has stated that the Election Commission of Pakistan (ECP) has constitutional authority to reject amendments to the Election Act 2017.

Dilshad, in an exclusive talk on Thursday, said that “the recent amendments made to the clause 103 and 94 of the Election Act 2017 contradict Article 218, 219 and 222 [of the Constitution of Pakistan].”

He said that the said amendments compromise the transparency and secrecy of the ballot and electoral process.

The NDF chairman went on to say that the ECP has the authority to reject any revisions to the Election Laws 2017 that are in violation of Article 222 (Electoral Laws) of the Pakistan Constitution, even if they are enacted by a joint session of Parliament and the provincial assemblies.

Dilshad, who was the ECP’s federal secretary from July 2004 to December 2009, is now the chairman of the National Democratic Forum (NDF), a research organisation that promotes election law reform and is affiliated with the United Nations.