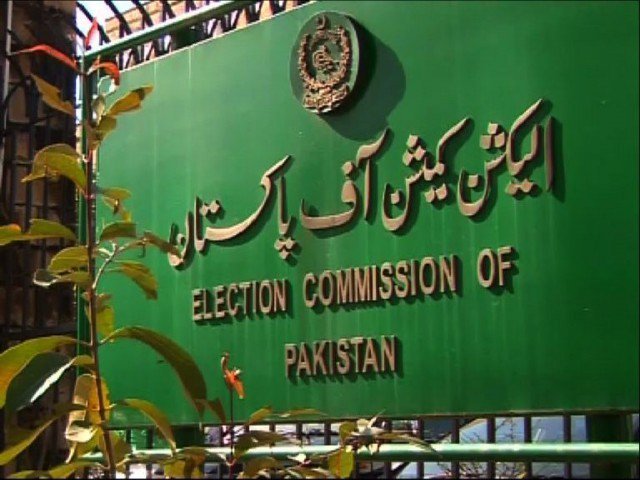 The Election Commission of Pakistan (ECP) has decided to take a strict action against the elements seen in a video bribing the voters ahead of NA-133 by-election.

The by-poll in the Lahore constituency is slated for December 5.

The release of a video on the social media showing certain people bribing the voters has sparked off a war of words between the PML-N and PPP with both parties dishing the dirt at each other.

The Election Commissioner of Punjab Monday chaired a meeting to review arrangements for the by-election, says a media report.

NADRA, Pakistan Electronic Media Regulatory Authority (PEMRA) and other authorities concerned were directed to prepare a report on the viral video and send it to the commission immediately.

“Strict action will be taken against the elements involved as soon as the report is received,” the meeting decided. It was stated in the meeting that the successful candidate may be disqualified if he/she is found to be involved in the video scandal.

The meeting also decided that the Rangers personnel will patrol the constituency on the day of the election while police will be responsible for maintaining law and order in the surroundings of polling stations. The meeting was informed that the polling material had been handed over to the returning officer.

Moreover, 21 out of 254 polling stations in the constituency have been declared extremely sensitive, 199 were declared sensitive and 34 declared normal.

The participants agreed that the number of CCTV cameras and police personnel should be increased at the sensitive polling stations.

The Election Commission of Pakistan took notice of the viral video allegedly showing voters being bribed.

The constituency’s returning officer sent a notice to the deputy commissioner of Lahore and the inspector general of police and asked them to respond by November 30.

A notice was also sent to the NADRA chairman and the PEMRA chairman, both of whom have been asked to respond with the information sought by November 30.

The notices state that a viral video is doing the rounds on the social media which purportedly showed money being distributed and an oath being taken to vote for a particular candidate.

It asks the DC Lahore and IG police to have a forensic audit of the video carried out and determine the facts, including the identity of the people in the video, and the place where the illegal activity took place.

The two officials have been asked to provide the “complete bio data” of the people seen in the video. The IG police has also been asked to promptly arrest all the individuals involved in illegal activities.