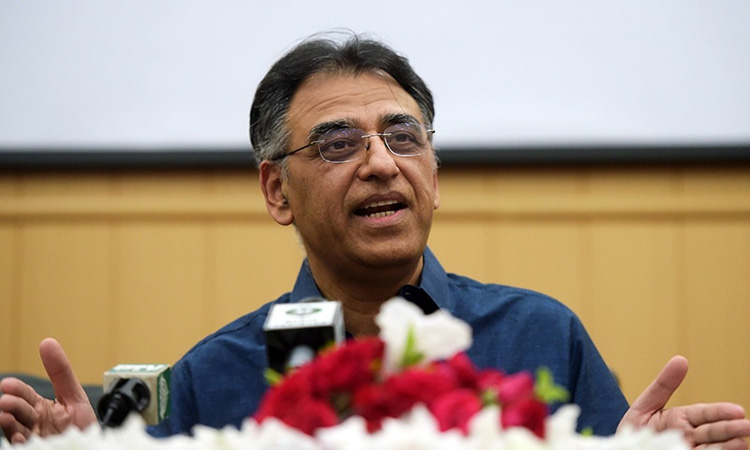 Minister for Planning, Development and Special Initiatives Asad Umar Monday said keeping in view the impending threat of the new variant of COVID-19, the government had decided to re-intensify the vaccination campaign across the country by utilizing extra resources.

“The vaccination process was already going on but now we are going to escalate the process and within two or three days, a reinforced vaccination campaign would start in all the provinces to minimize threat of the new variant (Omicron),” he said while addressing a press briefing in Islamabad along with Special Assistant to the Prime Minister on Health Dr Faisal Sultan after chairing a meeting at the National Command and Operation Center.

“This strain has to spread in the whole world as we saw before that when a variant comes, the world is so interconnected that it is impossible to stop it,” Asad said, adding that vaccination was the most logical solution to curb the threat.

“What we can do is to at least delay its arrival in Pakistan by taking prompt actions,” he added.

Additionally, consultations will be completed by Tuesday (today) on administering booster shots to the people most at risk from the coronavirus, he said.

Asad said the testing process had also slowed down in the country due to the low rate of cases, but now “we are going to start testing in the high-risk areas to check the virus”.

The minister said the government had also decided to put specific restrictions on international flights and travelers.

He said as per news pouring in about the new variant, it was very dangerous but the vaccination could prove effective.

Asad Umar said to date, some 50 million people had been completely inoculated, while 30 million had received first dose of the vaccine.

“In order to minimize the threat of the new variant, I urge all those who had received first or no dose, to please complete the vaccination as soon as possible,” he added.

He said by taking prompt actions during the coming few weeks, the government would be able to reduce the threat of the new virus to minimum level.

“Vaccination, vaccination, and vaccination is the only way to control the disease,” the minister concluded. Dr Faisal Sultan said the new variant was dangerous in the sense that it had the ability to spread more rapidly than the earlier variants.

Meanwhile, the national tally on Monday of total active COVID-19 cases was recorded 13,738 with 176 more people testing positive. Nine more died from the disease during the 24 hours, according to the latest update issued by the National command and Operation Centre (NCOC).

Most of the deaths occurred in Khyber Pakhtunkhwa followed by Punjab. Out of the total 09 deaths, one patient died on the ventilator. The maximum ventilators were occupied in four major areas including Multan 20 percent, Peshawar 16 percent, Islamabad 11 percent and Lahore 09 percent.