People speaking up against ‘institutional racism’ in UK

* Social media trends, video campaigns and public speeches being made against race-based discrimination with active participation of NGOs to call out the evil 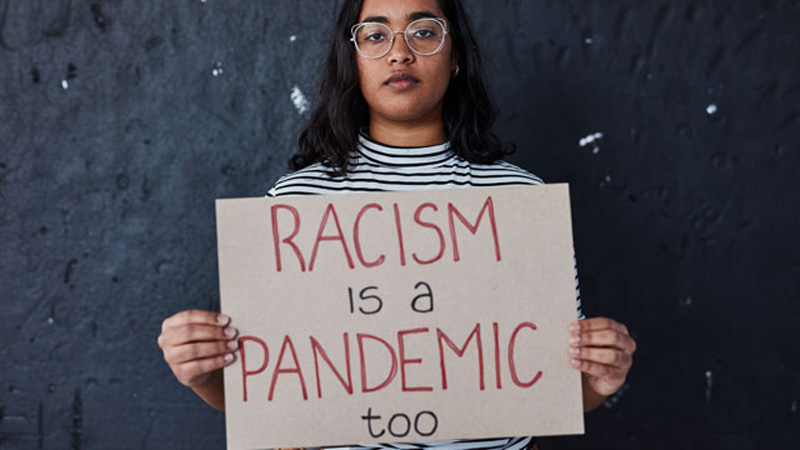 After the British-Pakistani cricketer Azeem Rafiq recently spoke up against the “institutional racism” in the Yorkshire County Cricket Club, one of the top clubs in the UK, people are speaking up in the country against the bigotry they had been facing in the society.

Social media trends, video campaigns and public speeches are being made against race-based discrimination with the active participation of non-governmental organizations to call out the evil.

Azeem Rafiq, former England U-19 captain, recalling the “humiliating treatment” he had to face at the club, said he had to face numerous slurs like “You will sit over there near the toilets”, “Elephant-washers”, the use of phrase “Black dogs” for black team members and the word “Paki” constantly used which seemed to be an acceptance in the institution. Rafiq had also narrated the frightening experience of being forced to drink alcohol at the age of 15 as a club player in Yorkshire wherein red wine was poured down his throat.

The Yorkshire club admitted to several of the allegations. The Club chairman Roger Hutton later resigned and apologised to Rafiq. The club has been banned from hosting international matches.

Rafiq proved to be a whistleblower, prompting other people to raise their voices against the bigotry.

The instance has once again highlighted the racist episodes that those of South Asian descent face in Britain, where they make up 5 percent of the 67.1 million population. The number of reported hate crime offences in the country increased by 123 percent between 2013 and 2018, South China Morning Post reported. According to data from Britain’s Commission on Race and Ethnic Disparities published this year, 19 percent of the 1.17 million people who identify as being of Pakistani descent said they had been subjected to racist or prejudiced insults on social media.

Kayas Irshad, a British-Pakistani actor and filmmaker based in London, said, “I was subjected to racism because of the colour of my skin. It left a scar forever,” Irshad told This Week In Asia. “Why do we, the victims of racism, have to give in while it should be the racists who need to be dealt with?”

According to Statista, a German company specializing in market and consumer data, 76070 cases of racist incidents were recorded by the police in England and Wales from 2009/10 to 2019/20.

The racism is not merely confined to just a specific community or religion rather most of the immigrant ethnicities in the country reported such incidents. The ethnic and racial inequalities persist in employment, housing and the justice system. Black and Muslim minorities have twice the unemployment rate of their white British peers and are twice as likely to live in overcrowded housing.

They are also much more likely to be stopped and searched by the police.

Islamophobia is also on the rise since last two decades as arson attacks against mosques, Muslim community and vehicle ramming have statistically risen, predominantly in England and Scotland.

The UK schools recorded more than 60,000 racist incidents in the past five years. The female Muslim students reported pulling of their head scarf, male students of color reported about being kicked by fellow white peers during football matches.

Even Buckingham Palace has been hit by racism charges when mixed race Duchess Meghan along with her husband Prince Harry had to leave the palace and ultimately Britain giving up their royal roles.