Land transfer to Indian forces is a demographic terrorism in IIOJK: Shehryar 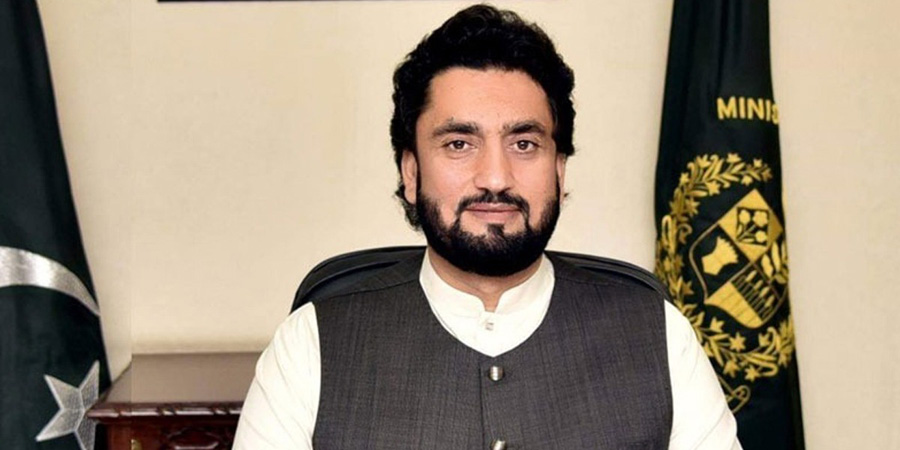 Chairman of the Parliamentary Committee on Kashmir Shehryar Khan Afridi Monday warned India against transfer of Kashmiri lands to Central Reserve Police Force (CPRF) which is a part of making demographic change in the Indian Illegally Occupied Jammu and Kashmir (IIOJK).

He expressed these views while addressing the participants of the Kashmir Committee meeting held at the Parliament House.

Shehryar Afridi said that the fascist regime of Modi is hell bent to the demographic status of the occupied territory by accelerating transfer of land to Indian forces under the garb of turning them ‘strategic areas’ which is war crime and crime of aggression under International law.

He said that the world community should put India under scrutiny for extra-judicial killings of the Kashmiri people by Indian forces.

Afridi said that the silence of the world over India’s war crimes in occupied Jammu and Kashmir is encouraging Modi regime to exacerbate its crimes against humanity against helpless Kashmiris.

Foreign Minister Shah Mahmood Qureshi briefed the meeting on the developments taking place on Kashmir dispute and the government’s policy to counter the illegal Indian measures.

Qureshi made it clear that there is no back channel between Pakistan and India over Kashmir dispute and neither there would be any dialogue until India creates enabling environment for a dialogue on Kashmir.

“The onus lies with India as they vitiated the environment and they need to create enabling environment for any dialogue. Pakistan will not show leniency towards India,” he said.

The foreign minister said that Pakistan has been raising Kashmir at all available forums since PTI government took over the reigns of the government. He said Pakistan took the Kashmir dispute at the United Nations Security Council which dented the Indian narrative that Kashmir was an integral part of India.

He said that Pakistan also raised Kashmir at the human rights council of the UN, European Union and other international parliamentary forums.

He said that Kashmiris were the principal party to Kashmir dispute along with Pakistan and India and they would be included in any dialogue on Kashmir. He said that the measures taken by India on Aug 5, 2019 have violated the bilateral agreements and United Nations conventions and UNSC resolutions. He said that the post Aug 5 events have proved that Kahsmiri freedom movement is an indigenous struggle and India has failed in its propaganda to blame Pakistan for the freedom movement.

He said that due to extensive lobbying of Pakistan, today the world stands concerned on Kashmir and the voices within India are also rising. He said that Pakistani missions have been working vigorously to raise awareness on Kashmir dispute and events are being held to spread awareness over the Indian oppressive tactics of India in IIOJK. He said he had written 25 letters to the UN secretary general over the issue.

He said due to these efforts, India is subject to more scrutiny to the world community on developments taking place in Indian Illegally Occupied Jammu and Kashmir.

“We have been able to expose the Indian designs and bring them under international scrutiny and we need to raise India’s reputation cost so as Indians cant kills Kashmiris with impunity,” he said.

Foreign Minister said that India has lost battle of hearts and minds in occupied Jammu and Kashmir and the resolve of Kashmiris has not shaken despite presenting sacrifices sacrifices since 1947.

He said Prime Minister Imran Khan was the first chief executive of Pakistan who is connected with the Pakistani diaspora directly 24/7 which has made a huge difference. Zafar Mahmood, a Pakistani expat working for Pakistani cause in Canada, briefed the Committee on his organisation’s lobbying for Kashmir dispute in Canada.

He requested Chairman Kashmir Committee to visit Canada and lobby with the Canadian authorities on Kashmir.

Farooq Arshad, advisor to Governor Punjab on overseas Pakistanis, briefed the Committee how Pakistan can benefit from its Diaspora who have influence to further Pakistan’s interests abroad. He stressed upon the need to get overseas Pakistanis engaged in lobbying for Kashmir.

Khurram Dastagir showered praises on Shehryar Afridi for bringing his difficult questions to the agenda.