No argument at COP-26 with SAPM: Zartaj 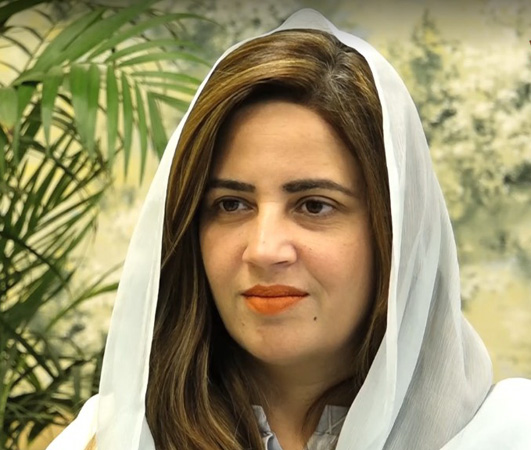 Talking to media persons at the Parliament, the minister gave her maiden response against the allegations of MNA Riaz Fatyana who had been served a show-cause notice by Pakistan Tehreek-i-Insaf (PTI) for mudslinging against two members of the federal cabinet.

Zartaj revealed that she was not aware of correspondence made for delegation’s participation at the 26th Conference of Parties (COP-26) whereas her name was written at the top of the final summary approved by the Prime Minister Office.

“I really want to thank Prime Minister Imran Khan who has sent me to attend COP-26 and observe the working of our delegations participating at the international climate change conference,” she said.

The minister underscored that she always participated in the global conferences funded by the UN whereas she had never claimed TADA for her official visits locally and at international level. She said, “I have only travelled to Australia as a state guest where I personally bore the expenses of my visit alongwith my family. I can present record and proofs for my visit.”

“The committee members have raised objections of certain delegation members for taking their families with them at COP-26. They should also present their proofs and invoices, like me, of the expenses for their visit,” she added.

Zartaj mentioned that Prime Minister Imran Khan had not allowed the cabinet members to travel on first class whereas those who did should justify their conduct.

She added that the Ten Billion Tree Tsunami Plantation (TBTTP) project was the largest flagship project of the country that received an overwhelming response of the international community at the COP-26 sideline meetings.