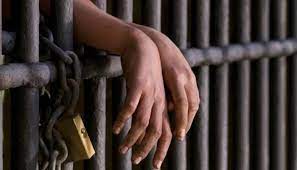 On Monday, a senior civil judge in Lower Dir was arrested and charged with raping a woman and accepting a bribe.

A judicial magistrate ordered the senior civil judge to be transported to jail after he was arrested a few days ago.

He was arrested two days ago on suspicion of raping a woman at his official apartment in the Lower Dir district.

According to the roznamcha (daily diary by police) lodged at the Balambat Police Station on Thursday, the judge was arrested on the complaint of a woman from Nishtarabad in Peshawar.

In her complaint, the woman alleged that the senior civil judge had taken gold ornaments worth Rs1.5 million by promising to provide a job to her sister some three months ago, the publication reported, adding that she said he contacted her on November 25 saying that he was unable to provide the job and asking her to accompany him to Balambat so that the gold ornament could be returned to her.

The woman claimed she rode in the judge’s official car from Peshawar to Timergara. She claimed that when she arrived at the bungalow, the judge exhibited an interest in having sex with her and raped her when she refused.

According to the police record, which was signed by Station House Officer Fazal Ghafoor Khan, the victim’s medical report confirmed the rape, after which the senior civil judge was detained and taken to court.

Meanwhile, the judge has been suspended by the Peshawar High Court.