Progress on Stream Gas Pipeline Project between Pakistan and Russia 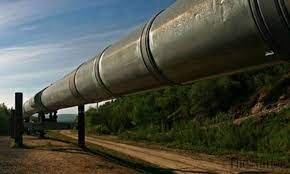 ISLAMABAD: According to sources, progress has been made on the stream gas pipeline project between Pakistan and Russia, with deadlines for the signing of essential agreements and paperwork finalised.

It was learnt that Pakistan and Russia have agreed on a dialogue draft for making progress on the shareholders’ agreement. An agreement to formally establish a company for pipeline’s construction will be signed on January 31, 2022.

The signing of the legal documents will pave way for the establishment of a special purpose company. Islamabad and Moscow will sign the stream gas pipeline project’s shareholders’ agreement on February 15, said sources.

In addition, Pakistan and Russia have reached an agreement on the provision of infrastructure for the construction of the Stream gas pipeline. On February 15, the applicable agreement covering the facilities will be signed as well.

The project seeks to build a 1,100-kilometre-long stream gas pipeline that will supply 12.6 billion cubic metres of gas at a cost of $2.5 billion to $3 billion.

In July, Pakistan and Russia had signed an agreement for the construction of a 1,100-kilometre-long stream gas pipeline from Karachi to Lahore which will be completed by 2023.

The agreement of the Pakistan Stream Gas Pipeline Project had been signed in a ceremony by secretary petroleum Arshad Mahmood and the director of the Russian energy ministry.

Energy Minister Hammad Azhar and representatives of the Russian energy ministry had also attended the ceremony.

Hammad Azhar had said that the gas pipeline project was facing a delay since 2015 and both countries have signed an agreement for technical cooperation. The project will be completed by 2023 at the cost of $2.5 billion.

He stated that the north-south gas pipeline project was crucial and that local firms will continue the work of laying the pipeline, with materials imported from Russia.

The Oil and Gas Regulatory Authority (OGRA) will finalise the pricing for the gas pipeline that will transport gas from the north to the south of the country, according to Azhar.

The current deal, according to the energy minister, will strengthen collaboration in the economic and energy sectors.

According to Alexander Tolparov, the chairman of the Russian team, the gas pipeline project will be a watershed moment for Pakistan’s energy security.