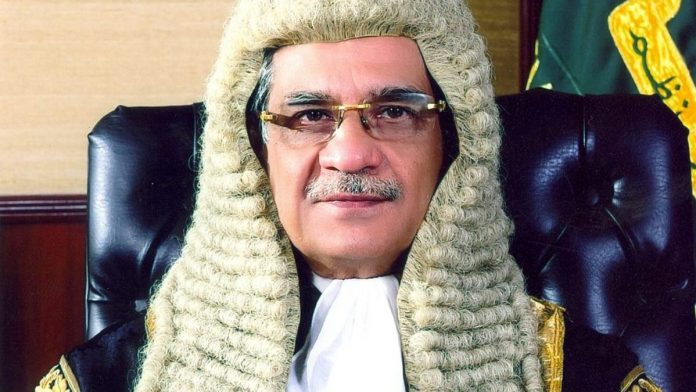 On Monday, the Islamabad High Court has asked for help from the attorney general of Pakistan on the issue of the admissibility of a petition regarding the alleged audiotape of former chief justice of Pakistan Saqib Nisar, Daily Times reported.

The IHC headed by Chief Justice Athar Minallah was hearing a petition seeking the formation of a commission to start an inquiry into the veracity of the alleged audio clip on Monday. The court questioned the AGP to tell whether the petition was worthy to be heard or not.

Chief Justice Minallah remarked that the court had to ascertain the truth in the light of the law.

“We do not want to enter into judicial activism. Nor do we want to open any floodgate. We are living in such a society where social media is working without any regulation. Every day something comes up. How many times you will ask for launching a probe,” the CJ remarked.

Advocate Salahuddin said that Pakistan Bar Council had passed the resolution in this connection. If the court deems it fit, it can send a notice to it as well, he added.

The chief justice remarked that the court honoured the bar for vindicating the constitution and law.