George Clooney opens up about his near-fatal 2018 motorbike accident

* The actor said that after the accident, the driver called the police, who sent an ambulance and the fire department to the spot 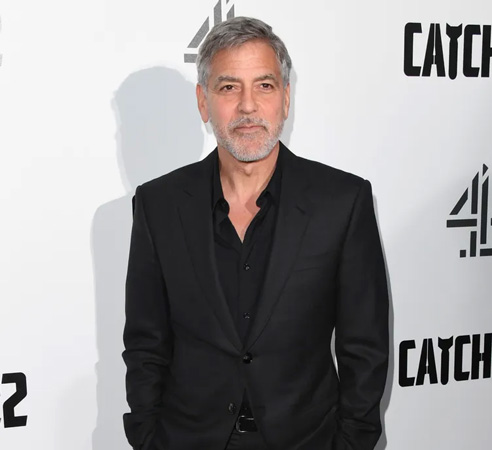 George Clooney, in an interview with The Sunday Times, shared details about his near-fatal motorbike accident in 2018.

It happened on the set of his series Catch 22. Clooney was taken to hospital after he was hit by a car in Sardinia. The actor said he was ‘waiting for (his) switch to turn off’ after after the accident.

The actor said that after the accident, the driver called the police, who sent an ambulance and the fire department to the spot. He also said that while he was on the ground, a crowd gathered and people began filming him on their phones.

He reflected on the moment he thought ‘was the last minute of my life’. He added, “I was waiting for my switch to turn off. I’m fine now.”

He continued, “If you’re in the public eye, what you realise when you’re on the ground thinking it’s the last minute of your life is that, for some people, it’s just going to be entertainment for their Facebook page.”

In May, the Ocean’s Eleven star celebrated his 60th birthday, which he wasn’t too pleased about. “Turning 60 is a bummer. But it’s that or dead,” added the actor.

Clooney has four-year-old twins with his human rights lawyer wife Amal Clooney. The actor has appealed to news outlets to keep his children’s faces out of the press, saying he fears that public photos would put their lives in jeopardy.