* PM says lack of meritocracy because of spoiled, rich elite sitting on main positions is the reason why Pakistan has not achieved its potential 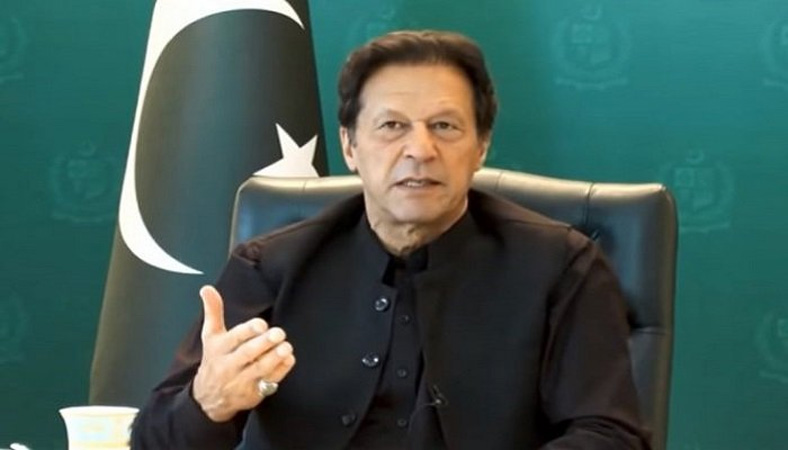 Prime Minister Imran Khan says the elite capture of Pakistan’s resources and absence of rule of law has not only deprived majority of people of their basic amenities, but also kept the country from achieving its immense potential. “The problem was the elite capture of resources which deprived the majority of proper healthcare, education and justice… Lack of rule of law is the reason why Pakistan has not achieved its potential,” the prime minister said in an exclusive online conversation with Shaykh Hamza Yusuf aired Sunday. An American Islamic scholar, Hamza Yusuf, is the president of Zaytuna College and has also authored several encyclopedia entries, academic papers, and articles on Muslim bioethics, legal theory, abortion, and many other topics. The prime minister said no society could ever achieve its potential if there was no rule of law.

“Merit is also associated with the rule of law. If you do not have meritocracy in a society, you have this elite which is spoiled, rich and which did not strive and struggle and they sit on the main positions.

Countries disintegrate because of a decadent elite. People do not decay, it is the elite that decays,” he remarked. The prime minister said the fundamental principle of a civilised society was the rule of law where powerful is also equally answerable to the law.

The biggest problem in the developing countries is the absence of rule of law and discriminatory laws for rich and the poor, he explained.

He told the interviewer that he wanted to make Pakistan an Islamic welfare state based on the concept of state of Madina by our Holy Prophet (PBUH). “We want to base this country on two principles. One it should be a welfare state and humane state which takes care of its bottom strata of society and second rule of law.” Talking about climate crisis, he said the environment should be treated as sacred. The biggest environmental disaster in the world called climate change was because human beings had deviated from basic principle of protecting the earth. Quoting a hadith advising the humans to “Work for this world as if you will live forever and work for the hereafter as if you will die tomorrow”, the prime minister said whatever the humans would do today would ultimately have an impact on the future generations. He said the hadith had completely encompassed everything about environment and how one should be living on earth, the prime minister said.

He said one would have to pursue a humane life if he or she wanted to get close to the Allah Almighty. Imran Khan said the leadership that came up through the political system was just too divorced from faith so they came in for power and compromised for staying in power and gain personal benefits.

“I find very few politicians coming with the specific objectives of looking after humanity. In most of the developing world they come in power for self-interest and for making money.”