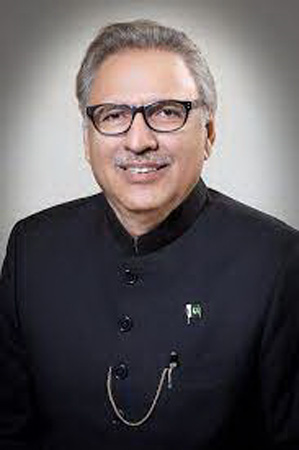 President Dr Arif Alvi Sunday said despite having all elements for economic growth, the ECO region was among the least integrated regions in terms of trade and investment which necessitated unlocking of potential for an impetus to growth and development.

Addressing the 15th Summit of the Heads of State of the Economic Cooperation Organization (ECO) in Ashgabat, he said intra-regional trade among ECO members was only eight percent of their total trade. “Unlocking the potential for regional integration will provide significant impetus to growth and development in all ECO Member States… The ECO region has all the elements needed for economic integration and rapid economic growth, rich resources, enterprising people, geographical contiguity, and a common culture and heritage,” he said. However, he said for historical reasons, the ECO was among the least integrated regions in terms of trade, investment, finance, infrastructure, regional value chains, labour mobility and social integration.

Themed “Into the Future Together”, the summit was chaired by President of Turkmenistan Gurbanguly Berdimuhamedov and attended by heads of ECO member states and Secretary-General Ambassador KhusravNoziri.

The president congratulated President Berdimuhamedov, for assuming chairmanship of the 15th ECO Summit and hoped that under his “wise guidance”, the member countries would be able to successfully realize the objectives of this ECO Summit.

He also thanked President RecepTayyipErdogan and Secretary-General Noziri for successfully organizing all events of the 14th Summit during challenging times of the COVID-19 pandemic.

The president viewed that in order to stay competitive, national and regional economies would have to move towards greater physical and virtual integration.

“Such integration is imperative for the ECO region. The theme you have chosen for this Summit – “Into the Future Together” – is thus most apt and timely.”

The president called for ensuring the implementation of ECO Vision 2025, and the Islamabad Declaration, a free or preferential trade arrangement; strengthening of regional institutions such as the ECO Trade and Development Bank (ETDB) and operationalization of the ECO Reinsurance Company (ERC).

President Alvi, who reached the Turkmen capital Saturday, called advancing the transport corridors planned by the ECO under the Transit Transport Framework Agreement (TTFA). He also welcomed the operationalization of the Islamabad-Tehran-Istanbul (ITI) road corridor.

Calling peace in Afghanistan as “key to connectivity”, the president said after the end of the 40-year war, the country had a humanitarian crisis and the specter of economic collapse looming large over its people. “The increasingly deepening liquidity crisis threatens a financial and banking collapse, with serious social and security implications. We must all join in preventing such a disaster, which could revive chaos and conflict and the threat from terrorism in Afghanistan,” he commented.

He said the situation could also lead to exodus of refugees from Afghanistan. For four decades, Pakistan has hosted nearly 4 million Afghan refugees.

He said besides urgent humanitarian assistance, the countries must render help to the Afghan people in the key sectors of health and education. “Frozen assets must be released to help alleviate the sufferings of the Afghan people. We must together promote economic stability and sustainability of Afghanistan as well as its early integration into the ECO and the international community.”

He said the world had witnessed the negative impact of unilateral coercive sanctions in the region and that freezing of assets and banking restrictions worsened the human suffering and entailed serious implications for regional peace, security and prosperity.

President Alvi said restoration of peace and stability in Afghanistan would also enable the early implementation of agreed infrastructure and integration projects: TAPI gas pipeline, the CASA 1000 electricity grid from Tajikistan and Kyrgyzstan to Afghanistan and Pakistan, and construction of the Uzbekistan-Afghanistan-Pakistan railway line. Recounting the economic impact of the COVID-19 with disproportionate suffering of some ECO member states having a double-digit economic contraction, the president said Pakistan had been relatively fortunate.

“Our strategy of ‘smart lockdowns’, the strategy of compassion, generous social protection, and strategic economic stimulus have saved lives and livelihoods and restricted the damage to our economy.”

He said the COVID-related disruption in supply chains had triggered global rise in commodity prices and inflation making the consumers to face higher prices.

He said the government was providing a massive package of targeted support to cushion the impact of inflation on the vulnerable sections of our population.

He told the regional leaders that in part, the global inflation in prices had been generated by the $ 27 trillion fiscal stimulus injected by the rich countries to revive their economies.

“Unfortunately, the developing countries have not been able to secure even a small fraction of the $4.3 trillion they need to recover from the COVID crisis.”

The president called upon the ECO countries to join other developing countries in promoting a common development agenda to return to the path of sustained and sustainable growth.