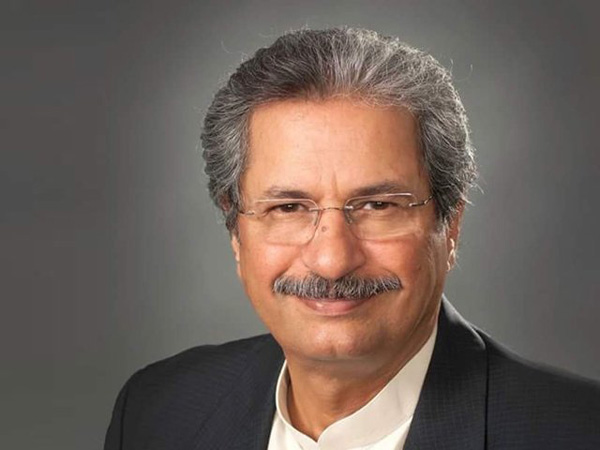 Federal Minister for Education and Professional Training Shafqat Mahmood Sunday said that the government wanted the schools to remain open as this year, exams would be held on time.

Talking to the media here, he said that in view of the smog situation, the Punjab government had announced closing schools on Monday besides Saturday and Sunday. To a question, he said that with the grace of Allah Almighty, the country had braved the coronavirus pandemic very wisely, adding that vaccination and following the standard operating procedures (SOPs) were the only way to control the virus.

Regarding by-polls in NA-133, he said that it was a responsibility of the Election Commission of Pakistan to ensure holding of free and fair elections. About single national curriculum, the minister said that the PTI government was determined to implement it in letter and spirit. He said that sports were very important for students, adding that this time inter-university and inter-boards sports had been introduced. He said that sport activities in schools, colleges and universities would be encouraged. Earlier, the minister attended a prize distribution ceremony of ’38th Millat Tractors Governor’s Cup Golf Tournament’ as the chief guest at Lahore Gymkhana Golf Club. Addressing the ceremony, he said it was a wonderful golf course and credit goes to all those who were maintaining it properly. He said that it was a traditional cup which had produced good champions and hoped that it would continue. Shafqat Mahmmod distributed prizes among the winners of the tournament and congratulated them.