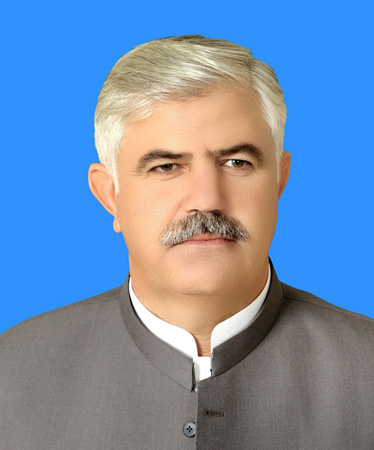 Chief Minister Khyber Pakhtunkhwa Mahmood Khan has directed the concerned authorities for immediate necessary steps to stop unauthorized constructions in Kalam, Kumrat and other tourists’ spots of the province.

He was chairing a meeting here the other day to review progress on various initiatives of the provincial government to boost tourism activities in the province, said an official handout issued here on Sunday.

The chief minister further directed to expedite work on the construction of access roads to tourist areas of Malakand, Hazara and Southern districts.

The Chief Minister has also directed the quarters concerned to carry out assessment survey of all the rest houses owned by various provincial departments so that suitable rest houses could be handed over to tourism departments to be used for the promotion of tourism activities.

Mahmood Khan directed the high ups of Finance Departments to immediately release the remaining amount of funds to take over the rest houses of Pakistan Tourism Development Corporation by the provincial government so that those rest houses could be utilized for tourism activities without any delay. Taking notice of delay in the implementation on certain tourism access roads projects in Hazara Division, the chair decided to constitute a committee comprising Secretary Tourism, Secretary Communications, Secretary Energy and other concerned officials, and directed the committee members to jointly visit the site of those projects and come up with solid proposals within one month to be placed before the provincial cabinet for consideration.

It was further apprised that work on the construction of certain tourism roads in Hazara Division is delayed due to some unavoidable reasons, and approval of the provincial cabinet is needed to proceed further in the matter.

The meeting was further informed that on the special directives of the Chief Minister operation is in progress against unauthorized construction activities in Kalam and Kumrat areas, and added that section 144 had been enforced, ban on registry, on fresh construction and on issuance of NoCs by concerned TMAs had been imposed in those areas.