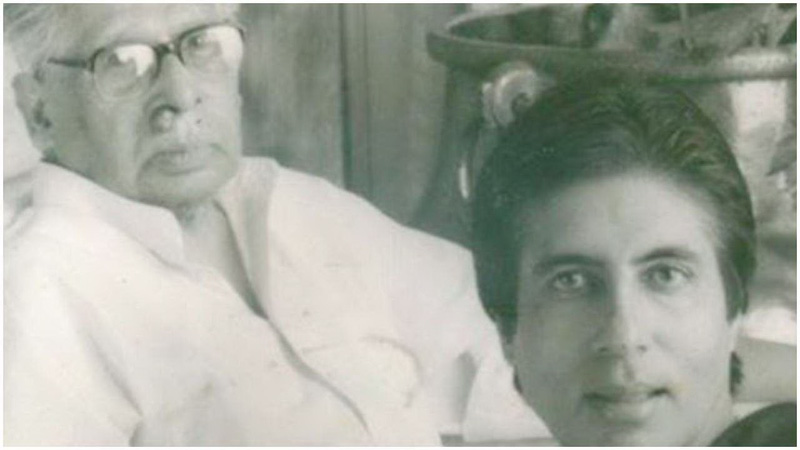 Bollywood megastar marked his father and poet Harivansh Rai Bachchan’s 114th birth anniversary on Saturday by writing an emotional note, sharing an unseen picture with his father from his wedding.

Taking to his blog, Big B wrote, “My Father, my all…November 27th his birth in the year 1907…Which makes it his 114th Anniversary…He is in the heavens, with my Mother and they celebrate…as do we, in thought word and deed…But first…”

After these words, he posted the monochrome picture in which the remarkable father-son duo can be seen looking at each other with love-filled smiles.

Bachchan went on to write, “Those rare moments when one would find himself rushing against the winds to prevent the distance between us and to close it down as soon as it can be. The day of my wedding and his expression of fulfilment to not just be in congratulation but instead to be in the face of a belief, a chime, an ultimate season of love and great passion, of the quarries of the fears and conditionings of these deprived gym routines kart…This could have been unknown for long facilitating years, to give not expected versions and lastly large scale information of the insides; but as time passed by, as does now, they explained purposely, the values of education and similarity…Be in peace and love…”

Big B was extremely close to his late parents, Harivansh Rai Bachchan and Teji Bachchan, as he often mentions them either at events or on social media. While his father passed away in 2003, the megastar’s mother died in 2007.