LAUSANNE: A handful of Tibetan activists on Friday staged a mock funeral for the International Olympic Committee in front of its headquarters to protest against next year’s Beijing 2022 Winter Olympics in China. The protesters held a mock black coffin bearing the Olympic rings and the dates 1894 —- the year the IOC was founded —- and 2021, and unfurled Tibetan flags and a banner that read “Boycott Beijing 2022”. “IOC you’re dead to us today because of what you have done repeatedly,” said Chemi Lhamo, a Tibetan-Canadian activist who was arrested in October for disrupting Beijing 2022’s torch lighting ceremony in Olympia, Greece.

“Tibetans have been asking for you to fix your actions and yet you have not changed, so from now onwards we no longer want to do anything with you and now we call upon the international governments to call for a boycott.” The IOC has long been criticised by human rights groups for awarding the Games to Beijing — the first city to host both the Summer and Winter Games — due to China’s treatment of Tibet, Uyghur Muslims and Hong Kong. The IOC has said it is a force for good and cannot have any influence over sovereign states. U.S. President Joe Biden earlier this month said his country was considering a diplomatic boycott of the Olympics.

Chinese authorities have been accused of facilitating forced labour by detaining around a million Uyghurs and other primarily Muslim minorities in camps since 2016. China denies wrongdoing, saying it has set up vocational training centres to combat extremism. On Tibet, which it has ruled since 1951 after its People’s Liberation Army marched in and took control in what it calls a “peaceful liberation”, China says its rule has brought much needed development to a poor and backward region. At Friday’s protest, pieces of paper with words such as “athletes”, “security”, “friendship” and “Peng Shuai’s security” — in reference to the Chinese tennis player whose whereabouts became a matter of international concern for nearly three weeks — were placed inside the coffin. 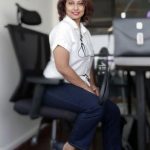