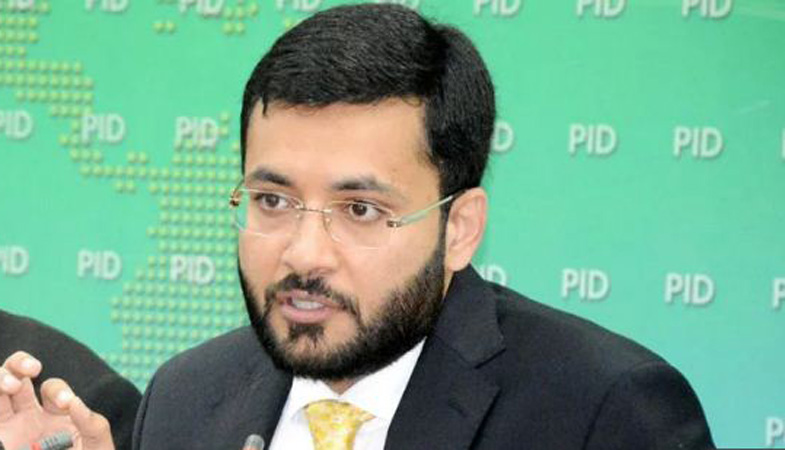 State Minister for Information and Broadcasting Farrukh Habib said on Saturday that Pakistan Muslim League-Nawaz (PML-N) should apologise over the audio clip of Maryam Safdar in which she was talking about stopping media ads.

Talking to the media here, he said that audio clip of Maryam Safdar was a proof that the PML-N, during its tenure in government, was working as a fascist government.

Certain groups were being favoured while the rest of the media was not getting ads and restrictions were being imposed on the media just to force hide their corruption, he added.

The minister said the PML-N should also tell the national that in what capacity Maryam Safdar was controlling the advertisement for the national media.

To another question about the alleged audio leak of former CJP Saqib Nisar, he said, “If PML-N believes in the authenticity of the audio clip then they should make it part of judicial record.”

He said that PML-N had done nothing except for telling lies and giving fake documents.

Farrukh Habib said that it was good if the petroleum products prices at international level were decreasing, adding that if that decrease would sustain, then the relief would be passed on to people of Pakistan as well.

Regarding judicial reforms, he said that the Pakistan Tehreek-e-Insaf government was working on it, adding that a law had been passed with regard to civil laws.

He said that consultations with all stakeholders on reforming the CrPC [Code of Criminal Procedure] had almost been completed and it would be presented in the parliament after getting approval from the cabinet, adding that it would help remove hurdles in providing cheap and quality justice to people.

In a tweet, he said first Maryam Safdar claimed that she did not own any property anywhere. Later, it was told that the flats were owned by her.

The minister said the Sharif family brought ‘Qatari letter’ to justify the flats’ purchase when asked as to how the flats were purchased.

He said Maryam had resorted to many tricks including submission of fake trust deed in the court and others, but failed to produce receipts of the flats.

State Minister for Information and Broadcasting Farrukh Habib has said that all over the world, human capital is considered as an asset and stressed the need to invest in the youth of the country.

He said this while addressing the 2nd International Conference on Business and Commerce at Hailey College of Commerce, Punjab University, on Saturday.

He said, “Our focus should be on bringing the industry and academia closer to produce the desired results.”

The state minister said that it was the age of knowledge economy and the world was changing rapidly, adding that economy could not be strengthened only by depending on conventional things.

He said that it was imperative to increase the size of country’s economy to properly invest in people. He said that the Pakistan Tehreek-e-Insaf (PTI) government had introduced ‘Kamyab Jawan Programme’ to facilitate the youth, adding that 25,000 young people had been given loans worth Rs 30 billion.

He said that under the ‘Skill for All’, a scholarships programme had been started, adding that there was huge potential in IT sector.

He said all these initiatives would help in increasing the country’s IT exports.

He said that almost 10 million people in the country had been administered coronavirus vaccine.

Farrukh Habib said that the government was focusing on creating scholarships for the young people and under the ‘Ehsaas Programme’ those families who earn less or up to Rs 45,000, Ehsaas Scholarship Portal was open till Nov 30.

Under the ‘Kamyab Pakistan Programme’ Rs 500,000 would be given to people who wanted to start their businesses, adding that the money would be interest free.

The state minister said, “The country has a lot of potential all we need is to follow our direction with a focused approach.”