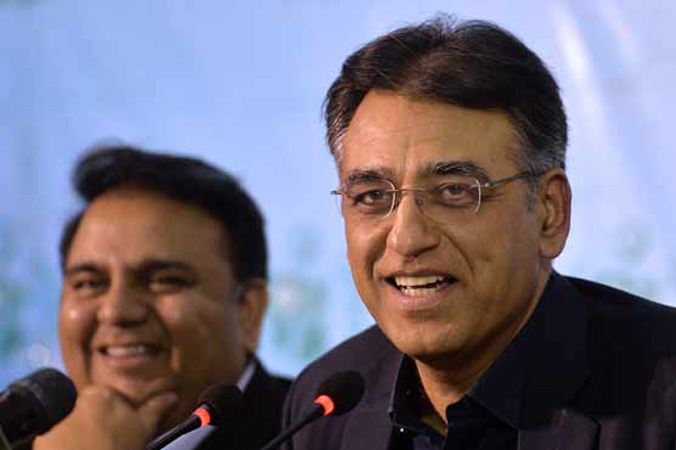 Federal Minister for Planning Development and Special Initiatives Asad Umar on Saturday said the government was taking concrete measures to bring rural areas of Islamabad at par with its urban areas through provision of all basic facilities to the masses.

Addressing a Pakistan Tehreek Insaf (PTI) public gathering via video link held here at Lohi Bher PWD Interchange, he said the government has ensured the 50 percent quota of Islamabad locals in federal jobs from Grade 1 to 15.

Asad Umar said Prime Minister Imran Khan has constituted the Islamabad Master Plan Commission which was working on a plan to end the difference between rural and urban areas of Islamabad in terms of facilities.

The minister said the whole federal capital will be under Islamabad Mayor while CDA will function as the only regulatory body.

He said the commission will accomplish its plan till June next year and people will witness development projects in the federal capital.

Special Assistant to the Prime Minister on Capital Development Authority (CDA) Ali Nawaz Awan said the present government has given a new identity to Islamabad and has fully implemented its manifesto.

He said that whether it was city or village we have changed federal capital during last three years.

He said the work was in progress and also completed on many development projects in federal capital including Rawal Dam Interchange, G-7 Bridge Under Pass, Burma Bridge, Kiani bridge, Malal bridge and PWD Interchange.

Commenting over Pakistan Muslim League Nawaz (PML-N), Ali Nawaz Awan said the party had divisions within it while its supremo escaped to London. He said the masses were fed up of PML-N leadership and not ready to listen them further.

MNA Raja Khurram Nawaz also addressed the public gathering and said that people of Islamabad was standing with PTI leadership and will never support the corrupt parties.

He said that NA-52 has undergone tremendous development work in three years and will make Islamabad a model city in the next two years.

Other local speakers thanked PTI leadership for setting up the PWD Interchange.

The public gathering was attended by a large number of PTI workers and locals. They thanked PTI government for setting up the PWD Interchange. In this regard, they highly praised the efforts of PTI MNA of this constituency.