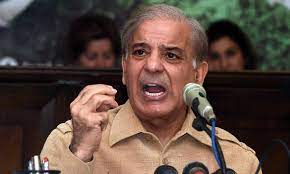 In a letter to Chief Election Commissioner Sikandar Sultan Raja, Leader of the Opposition Shehbaz Sharif urged judicial action be done against the officers implicated in the Daska by-election fraud.

Shehbaz added in the letter that the culprits of behind-the-scenes election tampering should be apprehended and an investigation launched into their actions. “Investigate and prosecute those who are to blame at the federal and provincial levels,” he stated.

Shehbaz said in the letter that complaints against the officers and workers participating in the Daska by-election should be filed in court and that a process of punishment should be initiated against those who have been identified.

The Leader of the Opposition also wrote that those who issued instructions to the district authorities under criminal intent should be arrested.

He went on to say that the laws, code of conduct, and Election Act should be revised in cooperation with political parties so that there are no more irregularities in the upcoming elections like the one in Daska.

The NA-75 Sialkot-IV by-election held in Daska on February 19 was not held in a fair, free, and transparent manner, an inquiry report issued by the Election Commission of Pakistan earlier this month had determined.

The election officials and other government officials “did not play their authorised job in a requisite manner [and] they have discovered puppets in the hands of their unlawful masters,” according to the study.