‘Our problem is not of poverty, but of inflation’, says Shaukat Tarin 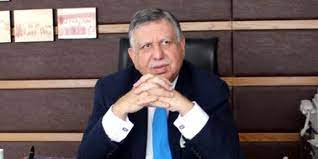 KARACHI: All taxes on gasoline have been repealed, according to Shaukat Tarin, the Prime Minister’s Finance Advisor, and all gains from lower oil prices would be passed on to the people.

Tarin told the journalists in Karachi that if they don’t refinance, they’ll have to do something else. “Close to 165, 166 should be the real effective exchange rate. Our money is worth Rs10 less than it should be “He also stated that there had been rumours that lockers would be taken, but that this would not be the case.

Tarin said that our problem is with the lower middle class because they are being exploited. “Our problem is not of poverty, but of inflation,” he said, adding that according to the World Bank, poverty in the country has decreased by 1%.

Inflation in the United States has reached 9% and the US has taken action on the price of oil, which is coming down, he said.

The finance advisor said that the government will not allow any increase in taxes, and that no new taxes will be imposed. “Only tax exemptions will be abolished and all taxes on petrol have also been abolished. All the benefits of reduction in oil prices will be passed on to the people,” he said.

These speculators will be shocked when the value of the dollar decreases, he commented.

He further said that we have to develop the agriculture sector, highlighting that the government is giving a subsidy of more than Rs150 billion to fertilizer companies for gas.

“Does this subsidy reach the farmers?” he said, adding that the government will see to it that it does.

Small and medium-sized enterprises (SMEs) are the backbone of any country, according to Tarin. According to him, Pakistan has between 400,000 and 500,000 SMEs.