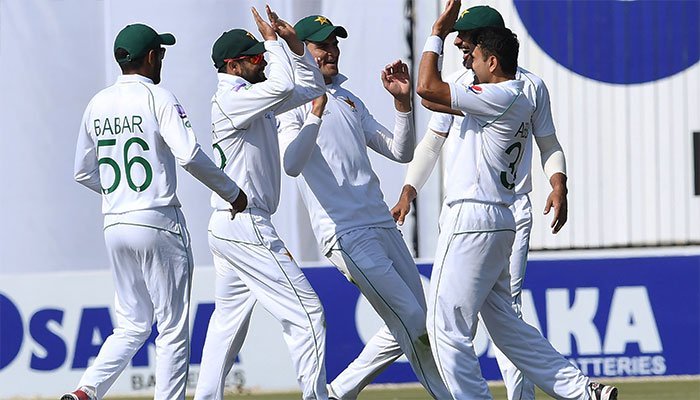 On Friday (today), Pakistan will face Bangladesh in the first Test of the two-match series in Chittagong.

Meanwhile, Bangladesh has lost their form even after badly losing T20 World Cup. Their batting was unable to withstand the Pakistani bowling onslaught, failing to give a tough time to Pakistan’s pace battery in each of the three-match T20 series.

As far as the head-to-head record goes, Pakistan has played three series in Bangladesh and won five of the six Tests the two teams have played. Pakistan’s last win came in Dhaka, in May 2015, when they trounced Bangladesh by 328 runs.

Azhar Ali and Mushfiqur Rahim are the only players from either side who are still playing.

Azhar had scored 226 and 25, while Mushfiq scored 12 and zero as Azhar walked away with the player of the match, which will also be remembered for centuries from Younis Khan (148) and Asad Shafiq (107) as well as match figures of 36.3-7-128-7 by Yasir Shah, who will miss the series as he is yet to recover from a thumb injury he sustained during the National T20.

It will be a special debut for Abdullah Shafique, who will make his debut against Bangladesh in today’s match. The right-handed batsman, who has impressed in Pakistan’s domestic cricket so far, has been chosen by skipper Babar Azam to play instead of the more experienced left-handed batsman Imam-ul-Haq.