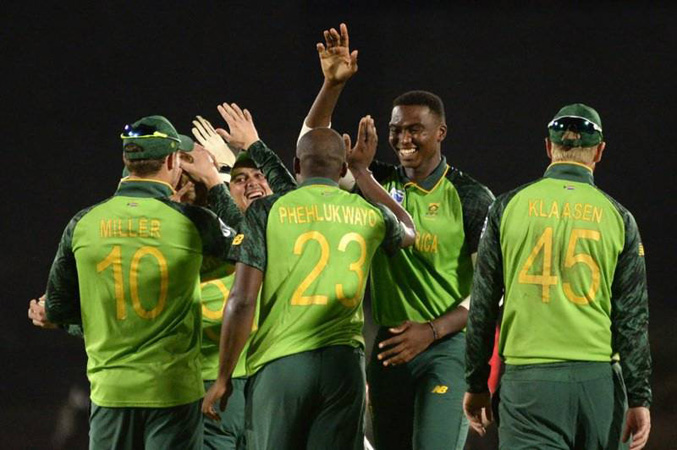 CENTURION: A below-strength South African team will be seeking a clean sweep when they play the Netherlands in a three-match one-day international series starting at SuperSport Park on Friday (today). The series forms part of the International Cricket Council’s World Cup Super League which is a qualifying tournament for the 2023 Cricket World Cup. Hosts India and the best-placed seven other teams will qualify automatically for the World Cup, with the remaining five teams in the Super League having to play in a ten-team qualifying tournament to fill the other two places in India. Although the Covid-19 pandemic has caused an imbalance in the number of fixtures played in the league, South Africa are currently in ninth place, outside the automatic qualifying places.

Victory against the Netherlands and in a home series against Bangladesh in March will give the Proteas some breathing space in their qualifying bid, with potentially difficult series against India, Australia and England to come. South Africa have taken a minor gamble by resting six key players, including regular white-ball captain Temba Bavuma, ahead of a Test series against India next month. They were further weakened on Wednesday when Cricket South Africa announced that fast bowler Lungi Ngidi had been withdrawn from the squad after testing positive for Covid while fellow paceman Lizaad Williams was injured.

South Africa should still be too strong for a Netherlands team that failed to win a match and were eliminated after the first round of the recent T20 World Cup. The hosts will nevertheless be wary of the underdogs, who beat Ireland 2-1 in June in the only series they have played in the league. A month later South Africa could only share the honours against Ireland, suffering an upset defeat in one match with another game being rained off. The Netherlands team includes five South African-born players, including veteran left-arm spinning all-rounder Roelof van der Merwe, 36, who played in 13 one-day internationals and 13 T20 internationals for South Africa between 2009 and 2011.