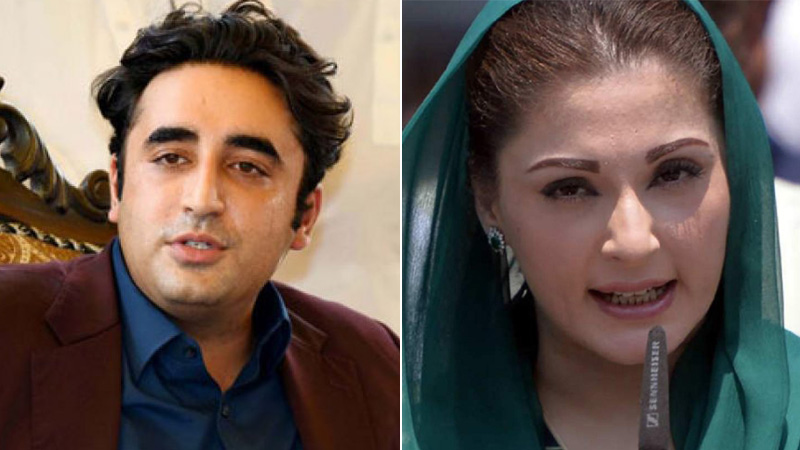 The opposition came down hard on the government for the fuel crisis, as thousands of people stood in long queues at the filling stations to tank up after the Pakistan Petroleum Dealers Association (PPDA) went on a countrywide strike on Thursday.

PML-N Vice-President Maryam Nawaz said the government’s apathy and incompetence had forced people to wait in long queues to get wheat, sugar, and petrol, says a media report.

Maryam said despite all the chaos, the government had been inconsiderate towards the masses. The PML-N leader claimed she had never witnessed Prime Minister Imran Khan being worried over the common man’s problems. Sharing a video on Twitter in which a man could be seen criticising the government as he stood outside a petrol pump in Islamabad – along with several people – Maryam said, “This is the humiliation that Imran Khan has earned for a few days in power.”

In another tweet, Maryam shared images of long queues outside petrol pumps in Islamabad, Lahore, and Gujranwala, and said, “These are not just long queues, [these images depict] people’s misery, pain, and helplessness.”

The PML-N leader said she prayed, “Imran Khan, people who imposed him [on the country], and ministers” also stand in such long queues so they could realise the misery of the masses.”

Meanwhile, PPP Chairman Bilawal Bhutto-Zardari, in a statement, said the entire nation was worried as the government had shown its “incompetence” in dealing with petroleum dealers.

“Most of the petrol pumps are closed in the country, while several long queues could be seen […] businesses affairs are affected, which is the government’s failure,” the PPP leader said.

Bilawal said PM Imran Khan had “ruined” the lives of people after his government had affected every aspect of life. “PTI-led government turns solvable issues into a crisis through its incompetence.”

He noted the next increase in the price of petrol would be disastrous for the masses, as he said the rise in the rates of electricity, expensive petrol, and gas were the “gifts of the PTIMF deal”.

“From day one we had said that the PTI’s budget was a failure […] and the failure of the budget has proved that Imran Khan’s government is incompetent,” Bilawal said. PML-N leader Ahsan Iqbal hit out at the government on Thursday for planning to give autonomy to the State Bank of Pakistan (SBP) under the IMF deal. He claimed that such a move would prevent the central bank from probing hot money scandals that come to light in future.

Addressing a press conference in Lahore, he said central banks across the world were given powers to regulate the economic sector and manage monetary policies but in Pakistan the prospective changes will give the SBP governor the position of a viceroy who will not be answerable to any Pakistani institution but will be answerable to the IMF, he claimed.

Accusing the government of giving NRO to all its departments, the PML-N leader said incumbent rulers were ready to give away Pakistan to anyone for a few pennies, as they did in the case of IMF.

“They have pasted a ‘for sale’ sticker on Pakistan’s economy,” Iqbal said.