NAB chairman hits back at criticism over recoveries 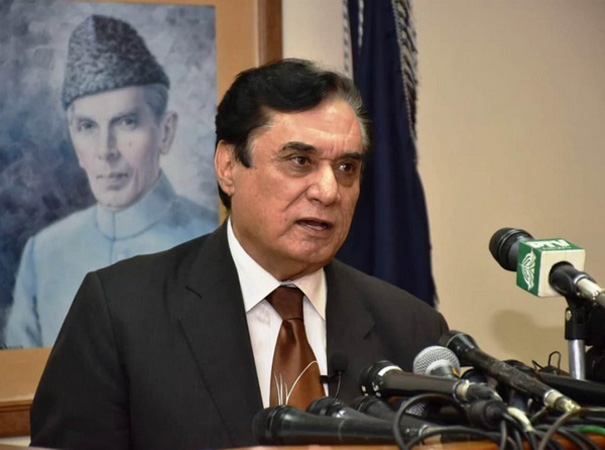 Chairman National Accountability Bureau (NAB) Justice Javed Iqbal Thursday hit back at critics after questions were raised about the recoveries made by the anti-graft body and where the amount was deposited.

The finance ministry, according to a media report, last month had shared that they were unaware of recoveries of over Rs821 billion – except Rs6.458bn – that the NAB claimed to have recovered since its establishment. Afterwards, lawmakers had asked the authorities concerned to carry out a probe into the matter and ascertain the whereabouts of the amount.

Speaking at an event in Lahore, Justice (Retd) Javed Iqbal said a “storm in a teacup is created about where billions of rupees of recovery have gone.” “Not all recovered amount is in cash that can be deposited in the national treasury,” he said. The NAB chairman said that it was a difficult task to bring back the looted wealth of Pakistan.

He said blaming NAB would not end the cases, adding “controversies have surrounded the bureau because it questioned powerful people for laundering money worth billions of rupees.”

The NAB chief rubbished allegations of siding with the government and questioned those who accuse the anti-graft body of not going after the ruling party. “The government is not a sacred cow for the NAB,” he said, adding that a complete audit of accountability watchdog had been carried out three times and no problems have ever emerged except for two or four minor lapses. He said the value of lands recovered by NAB in Gwadar is in trillions and the bureau has a complete account of direct and indirect recovery. The NAB chairman said that some people want to survive in politics on the basis of NAB. “They start their mornings and evenings by criticising the NAB,” he said, adding that while criticism is welcome, it should be legitimate.

He asserted that if he found NAB officers taking bribes, he would take action against them within 48 hours. “Bring evidence today and I will take action within two days,” he said, adding that if it was up to him to decide the cases of NAB, it would not take years. The amount of Rs1,386 billion is included in the litigation cases.

“How did Papadwala and Chhabriwala become so rich? The war that the NAB has started is bound to continue,” he said.

“No one person or institution can eradicate the scourge of corruption alone and a collective effort is required.” The chairman said that he condemns the “shameful propaganda” spread against the bureau, adding that the NAB only sympathisers with the state and no one else.

Justice (retd) Javed Iqbal concluded his speech by saying that “no criticism could be harsher than calling the anti-grant body pro-government.” “No matter how much you abuse the NAB, it will not end your case. If your case ends, it will end on merit,” he told those whose cases are pending with the bureau.