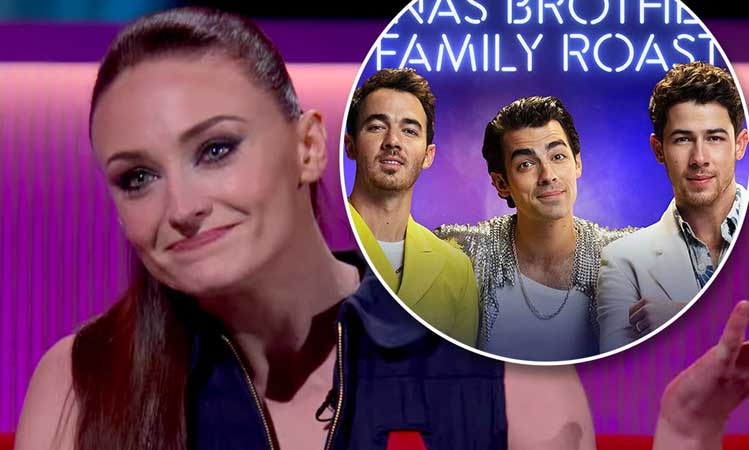 The Jonas Brothers are burnin’ up in the hot seat at the Family Roast. Netflix released Jonas Brother Family Roast, starring Nick Jonas, Kevin Jonas and Joe Jonas, on Tuesday Nov. 23, and from the looks of it, Sophie Turner was excited to get in on the action. On the premiere day, Netflix tweeted a clip of Joe’s wife roasting the brothers about their purity rings.

“Let’s talk about the purity rings,” the Game of Thrones actress says with a laugh in the video. “For those of you who don’t know, purity rings are worn to demonstrate that you’re abstaining from sex before marriage and the Jonas Brothers all had them.”

She continues to say that she needs to “set the record straight.”

“No, the rings weren’t a good idea,” she explains. “Yes, as a gesture they’re laughably, toe-curlingly lame.”

Sansa Stark herself saying something you did was toe-curlingly lame? That’s gotta hurt.

She is absolutely ruthless and we are here for it, because if roasting your beloved in front of millions of people isn’t couple goals, we don’t know what is.