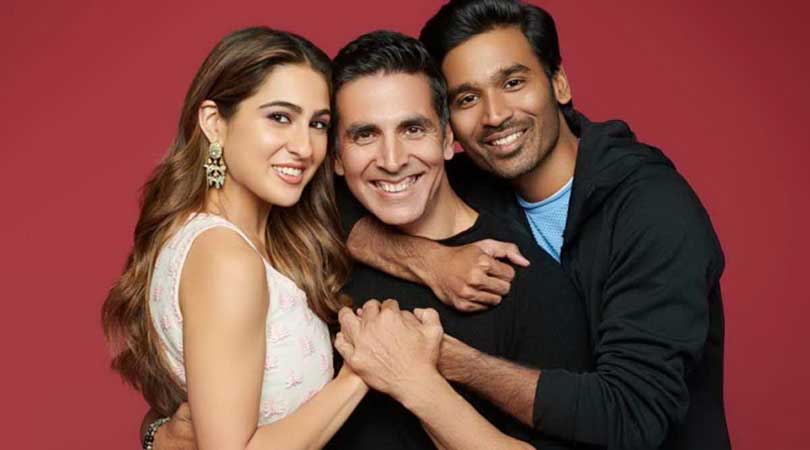 The trailer of the upcoming Aanand L Rai directorial ‘Atrangi Re’ was released on Wednesday. The upcoming musical-romantic drama features Akshay Kumar, Dhanush and Sara Ali Khan in lead roles and is scheduled for an OTT release on December 24. The film is produced by T-Series, Colour Yellow Productions, and Cape of Good Films. The trailer of ‘Atrangi Re’ begins with Vishnu getting kidnapped by the family of Rinku Sooryavanshi, a feisty young girl. The two are wed off forcefully by her family. Soon, they learn that none of them wants the marriage and they decide to part ways once they reach Delhi. She reveals that she is in a relationship with another guy, Sajad, with whom she tried eloping 21 times but ended up getting caught every time by her family. However, the problem begins when both Rinku and Vishnu fall for each other and she is unable to decide between the two men in question.