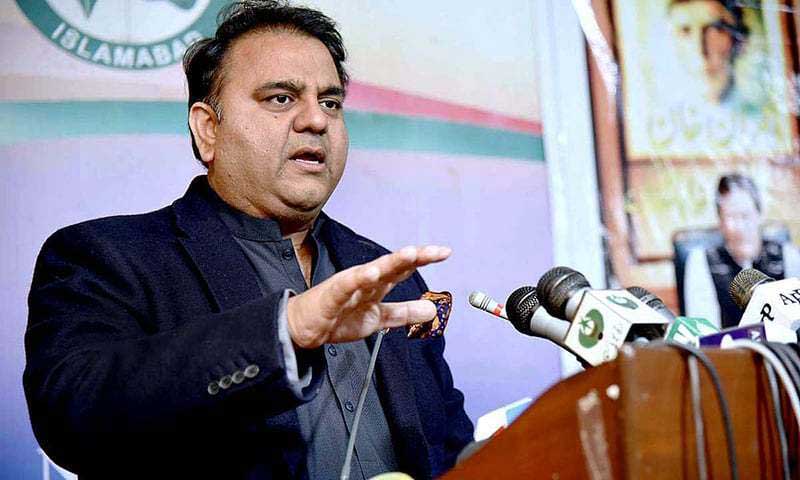 In a tweet, he said this was another confession of serious financial irregularities.

The minister said Maryam Nawaz claimed that she was running the party’s media cell and added that after this confessional statement it could be hoped that she would also acknowledge her own and her family’s properties abroad.

Fawad said Maryam Nawaz doled out Rs18 billion from the national kitty to reward blue-eyed journalists and media channels at the federal and Punjab levels in their last tenure.

Addressing the media, he said Maryam Nawaz doled out these public funds as head of a media cell at the Prime Minister’s House during the PML-N previous tenure.

“With approval of the party’s media cell, supervised by Maryam Nawaz, Rs9,625,430,902 was utilized for funding of federal government (advertisements), while around Rs10 billion for Punjab government.”

It is said that a social media team of 24 people were hired in PTV at the state TV’s cost to handle the party propaganda between 2015 and 2018.

Flanked by Minister for Energy Hammad Azhar, the minister announced to share the record with media persons after the briefing.

He said advertisements for the federal and provincial governments were managed by the ‘notorious media cell’ set up by the PML-N to reward specific journalists for stories in their favour.

Fawad said the story about media cell in 2015 had pointed out that a special media cell had been working under the direct supervision of Maryam Nawaz at the Prime Minister House.

Initially, 15 members were made part of the cell and later Rs20 million was allocated for additional recruitment and mandated to run targeted media campaigns, he added.

Fawad said Maryam’s admission of curtailing or blocking advertisements for specific television channels was certainly an immoral and illegal act.

“The handling of public fund by a private person is a crime under the jurisdiction of the FIA (Federal Investigation Agency) and also liable for disqualification,” he said while pointing out that Maryam had already been disqualified under Article 62 and 63 of the Constitution.

The minister said Maryam’s admission had proved that how the PML-N carried out ‘systematic manipulation’ of the media during its last tenure.

He said the government had decided to conduct a serious inquiry into the whole affair.

Meanwhile, Minister of State for Information and Broadcasting Farrukh Habib Wednesday said Maryam’s admission of blocking advertisement of leading television channels during her party’s tenure had exposed the PML-N’s hypocrisy on the media freedom.

“Maryam Safdar has admitted that the audio tape for blocking ads to control media is of her. In what capacity, Maryam was using ads released under public money for protecting her theft and personal interests?” the minister asked in a series of tweets.

He said it was arrogance of Sharif family that they admitted their wrongdoings with pride instead of having any regrets.

Farrukh lashed out at Maryam Safdar for blocking TV channels’ ads and depriving journalists of their livelihood while sitting in the Prime Minister’s House during the last tenure of PML-N.

“Let’s see how journalists and media owners’ organizations react on this [issue],” he remarked.

“The point is on what authority did she give these orders? Did she assume Nawaz Sharif was running his personal kingdom where she as his daughter could pass official orders?” the minister asked.

Defending Maryam, PML-N spokesperson Marriyum Aurangzeb in a statement said, “Maryam Nawaz’s conversation was regarding party advertisements; this is an old audio on which Maryam courageously spoke the truth.”

Aurangzeb emphasised that decisions regarding party ads “are taken by the party itself”.

“When one hasn’t done anything wrong then this is how one openly confesses,” the spokesperson said, adding that “there was nothing to hide in the audio.”

“There is no need to stir up a storm over this audio; attention cannot be diverted from the real issue.”