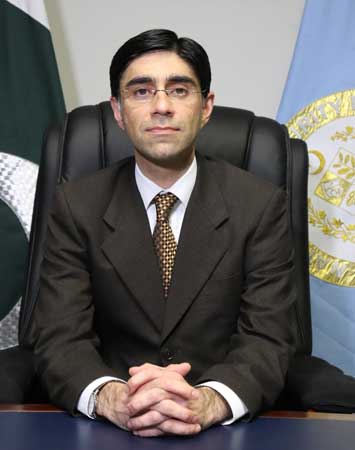 National Security Adviser (NSA) Dr Moeed Yusuf on Wednesday said the world community has to focus its efforts to ensure relief and assistance to over 35 million Afghan nationals at the brink of human catastrophe as financial sanctions were hampering international donor agencies’ aid endeavors in the war torn country.

In his interview to CNN’s anchorperson Becky Anderson’s programme Connect the World, the NSA said, “It is necessary for the audience and the anchorperson to understand what kind of human disaster we are going to face in Afghanistan.”

Dr. Moeed said the United Nations World Food Programme (WFP) in its report said that 23 million Afghans would acutely go short of food this winter which was now starting, adding, “70 percent are already apportioning food, 60 percent are borrowing from others and on top of that more than 30 percent are reporting shortage of medicines.”

The NSA said the Western outlets were also reporting that Afghan women were selling their children to buy household commodities. “Imagine what reaction we would get when it was happening somewhere closer to the shores where you are sitting now,” he pointed out to the anchorperson.

“This has to be beyond politics and any question of Taliban, right now the world has to focus on getting assistance for the sake of 35-40 million afghans who are going to suffer its really about them at this point, so Pakistan is doing what it can,” the NSA mentioned.

He said Pakistan was not a rich country and donated some $30million and there were also private donations being given to Afghanistan. “The real issue is that why is not international humanitarian organizations being allowed to get money into Afghanistan to provide in kind assistance to pay salaries to health staff ,” he questioned.

“Humanitarian assistance has been pledged, a lot of it, by the western countries and others in the world,” he said and added that the reason that the money was not getting across was the banking channels.

“Its just one thing that are some sanctions that have made the banks very cautious and so that we are not allowing even the UN, WFP, ICRC to run their own bank accounts to get their money into Afghanistan, purchase things and give it to afghans who are going to potentially die this winter,” he warned.

He underlined that it should be made clear that humanitarian assistance was already exempted from any sanctions or the government of Taliban it has nothing to do with them. “This money is going to go to international organizations who are directly going to feed and support the average Afghan woman and man who we all profess wanting to protect,” he said.

To a question, he said Pakistan has offered to become the air and land bridge, adding, “You (anchorperson) were here recently and know what Pakistan did to support evacuations of vulnerable Afghans and we have got 53,000 people transferred and transited through Pakistan of over 42 nationalities including many Americans.”

Pakistan, he said was now offering its territory to become land and air bridge where international organizations come as there were no banking restrictions, could transact, buy things from Pakistani market, import goods into Pakistan and sent across via truck or route.

Dr Moeed queried that why there was yet no movement or a cold response despite enough money. “I am speaking to you as Pakistan’s NSA very selfishly. My neighbours house is on fire I have the right to call 911 and tell them this is going to reach me,” he alluded to Pakistan’s repeated flagging of Afghan humanitarian crisis in the making.

Pakistan had four decades of history as Afghanistan got unstable spillover came to Pakistan because it had 1,600 miles of border with its Western neighbor, he added. To another query, he responded, “Some 25,000-35,000 Afghans cross over into Pakistan everyday and then go back. What will happen, if there is a refugee crisis, Pakistan will be hit the next day.”

He said Pakistan already had four million Afghan refugees for the past four decades, adding, “…think about what is happening in Belarus, what happened during Syria conflict and how stingy much of the world was with the refugees.” Dr Moeed said, “We are as generous as it gets but we have got to prevent more human suffering and should not be talking about what happens when more refugees come to Pakistan”.

Responding queries pertaining to interim Afghan government, he said, “We have formal relations with Afghanistan and there is no recognition obviously. Pakistan has constantly led regional diplomacy and said we need to have regional and international consensus for way forward.”