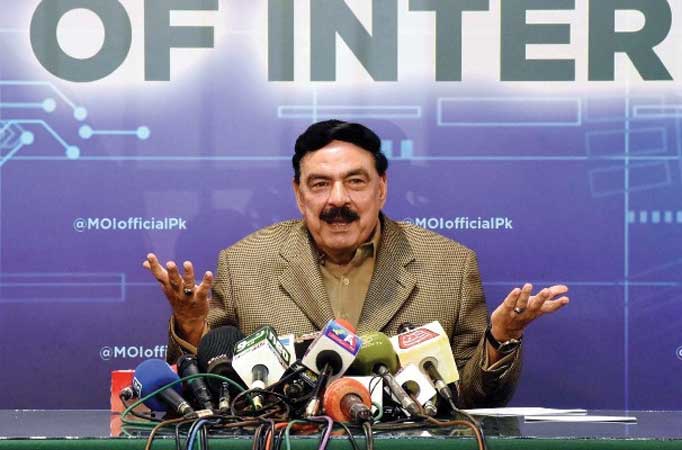 Minister for Interior Sheikh Rashid on Wednesday inaugurated upgraded system of Pakistan Online Visa System (POVS) which was more user -friendly, robust and secure interface compatible with all devices including mobile and tablet.

Earlier, the system inaugurated in March 2019 was a cumbersome process with no access through smart phones and tablets. NADRA has automated the end-to-end visa application process for the convenience of applicants. The overhauling involved the up-gradation of the system transforming it into user-friendly, robust and secure interface compatible with all devices including mobile and tablet.

Speaking on the occasion, Minister for Interior Sheikh Rashid said the online application was not only promoting tourism in Pakistan but also a catalyst in positive image building of the country.

He said the ease of access to Pakistan generated through POVS had improved Foreign Direct Investment (FDI) and stirred up socio-economic activity in the country. So far over six hundred thousand (6 lacs) applications had been received from 180 countries through online visa system, he added.

Chairman NADRA Tariq Malik while speaking on the launching ceremony said that the recent upgraded Pakistan Online Visa System would result in the reducing the application filing time by 50 percent.

He said international travel had witnessed a major spike and visa approval rate had reached to 94%. He said, “My mission to look at our services from the citizens’ prism and make Public Services available for all.”

Regarding political situation in the country, he said the Pakistan Democratic Movement (PDM) conducted several meetings and gave a deadline of December 2020 to topple the government.

Now, December 2021 was approaching and PTI government would definitely complete its five-year term, he said adding that our government would succeed to improve overall situation till next general elections.

“PTI government is very much fortunate to have such idle opposition which is playing media-media and video-video”, he said adding that it (opposition) had missed the `train’. The minister said that PDM gathering in Peshawar was unsuccessful and he (the minister) could gather more people alone as compared to the opposition.

The minister said that prices of sugar and flour had declined and situation would be tackled by the incumbent government.

To a question, he said that Indian had only made a mockery of itself by giving award to Abinandan. No one had courage to challenge Pakistan as its defense was in the hands of Pak army with whom the entire nation stood, he added.

Meanwhile, Sheikh Rashid said that Balochistan had potential of fast-track national development due to a lot of investment opportunities in the province.

Addressing the 8th National Workshop on Balochistan here, he said Gwadar was the best deep sea port in the world which could change the fate of people of the province.

Regarding overall law and order situation of the country, the minister said Pakistan was a peaceful country, however in terms of geography, law and order was a major challenge in Balochistan.