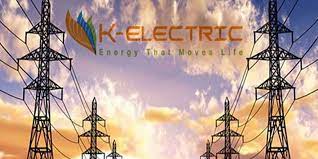 KARACHI: An assessment of the Cooperative Market flame site by a team of K-Electric experts has been requested by the investigation officials.

The investigative team has submitted a letter to K-Electric requesting that an expert team assess the Cooperative Market fire scene. According to them, the inspection by K-Electric experts will aid in the investigation of the horrible burning tragedy.

Moreover, CCTV DVRs were also summoned by the investigators that will be sent to the Punjab Forensic Science Agency (PFSA). However, the investigators said that no direct evidence has emerged that could suggest the possibility of sabotage behind the market blaze.

According to the Senior Superintendent Police (SSP) South, a team was constituted to probe into the Saddar’s Cooperative Market incident.

The probe team was recording statements of the affected shopkeepers besides carrying out an investigation into different aspects including the initial report of the fire brigade.

Around 600 shops were affected by the fire that had broken out at Saddar’s Cooperative Market on November 15.

The cause of the fire in the busy shopping area in the heart of the city is yet to be established, according to the fire brigade.

After six hours of fighting, the firefighters were able to extinguish the fire. A total of over a dozen fire tenders were involved in the operation to put out a huge fire in Karachi’s retail district.

Several businesses, pushcarts, and stalls were destroyed in the fire, resulting in losses of millions of rupees, although no one was injured.