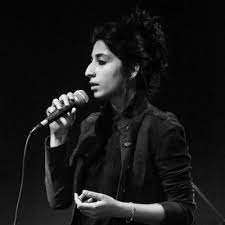 Pakistani singer/musician Arooj Aftab is nominated in this year’s nominations for ‘best new artist’ as well as ‘best global performance’ award on Tuesday.

Arooj Aftab, a Pakistani singer, was nominated for two Grammy Awards, alongside FINNEAS, Jimmie Allen, Olivia Rodrigo, and The Kid LAROI. Aftab was nominated for ‘Best Global Music Performance’ and ‘Best New Artist,’ among other categories.

Former US President Barack Obama took to twitter earlier this week to share his favorite music that includes a soulful number from Arooj Aftab , “Here’s a playlist of songs I’ve been listening to lately—a it’s mix of old and new, mainstream names and rising artists, and a whole lot in between,” he wrote.

Pakistani celebrities took to Twitter to congratulate Aftab on the achievement, “What fantastic news. Congratulations, Aroof Aftab,”Osman Khalid Butt tweeted.  Singer Fakhr-e-Alam also took to Twitter to share his happiness, writing, “Big Congrats, Arooj Aftab, for becoming the first ever Pakistani to be nominated for Best New Artist for the 2022 Grammy Awards. This is truly incredible news.