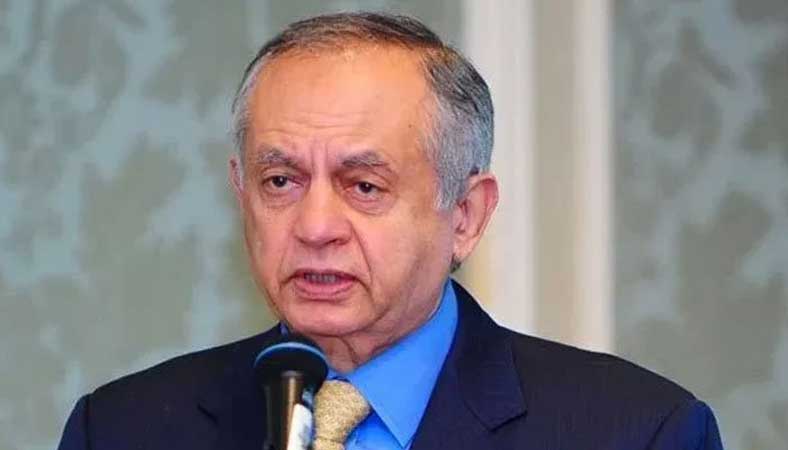 Advisor to Prime Minister on Commerce, Abdul Razak Dawood on Tuesday said that the trade between Pakistan and the African region would increase manifolds in coming years through enhancing trade and economic cooperation between both sides. The Advisor stressed that given the concrete opportunities that exist between the two sides, Pakistan and African countries’ trade would be increased. The Advisor said this while addressing the Pakistan-Africa Trade Development Conference and single country exhibition held on November 23-45, 2021 in Lagos Nigeria, said a press release issued by the Ministry of Commerce. The Ministry of Commerce in collaboration with the Trade Development Authority of Pakistan held the 2nd Pakistan Africa Trade Development Conference (PATDC) in Lagos. Razak Dawood said that despite the challenges, there would be a steady, gradual but persistent growth in Pakistan-Africa trade with enhanced levels of engagement by both sides, public officials as well as the private sector. Advisor to Prime Minister on Commerce, Abdul Razak Dawood led 232-member business delegations along with senior officials from the Ministry of Commerce, Trade Development Authority of Pakistan (TDAP), Drug Regulatory Authority of Pakistan (DRAP) and State Bank of Pakistan (SBP) in the conference.

Nigeria being the largest economy in the ECOWAS is extremely important to enhance commercial and institutional linkages with ECOWAS member states and was accordingly selected for holding the second of a series of PATDC.The conference was attended by prominent Pakistani Businessmen representing various sectors including pharmaceuticals, surgical instruments, chemicals, tractors/agriculture machinery, cosmetics, IT services, sports goods, food electronics and engineering goods. Business and official delegates from the ECOWAS member states also attended the conference and single country exhibition. During the three-day event various B2B, G2G and B2G meetings will take place on the sidelines of the conference and single country exhibition. The conference was also attended by various representatives of the Nigerian Government including Governor Lagos State, federal minister for industry, trade and investment minister of information and culture minister of special duties and intergovernmental affairs and senior officials from standards organization Nigeria, National Agency for Food and Drug Administration, Nigerian Investment Commission and other officials. President Nigerian Chambers of Commerce, Industry, Mines and Agriculture also attended the conference.