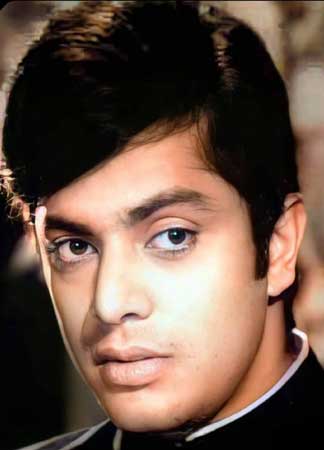 Waheed Murad was born in Sialkot on October 2‚ 1938. He was the only child of well-off film distributor Nisar Murad. He got hid early education from Karachi Grammar School did graduation from SM Arts College Karachi and then got masters degree in English literature from University of Karachi.

He was well-known for his charming expressions attractive personality tender voice and unusual talent for acting in films. His style of acting made him popular amongst the young cinema viewers of South Asia.

Waheed Murad started his film career by joining his father’s established Film Art in 1961 as producer of the film ‘Insaan Badalta Hai’.

He appeared in a supporting role in 1962 in the film ‘Aulad’. ‘Heera aur Pathar’ was his first movie as a leading actor and considered to be his major breakthrough.

He acted in a total of 124 films of which 38 were black and white and 86 were in colour. He acted in 115 Urdu eight Punjabi movies and one Pashto film.

In November 2010 27 years after his death he was awarded the Sitara-e-Imtiaz for distinguished contributions in the fields of literature and arts. He died on November 23 1983 in Karachi.