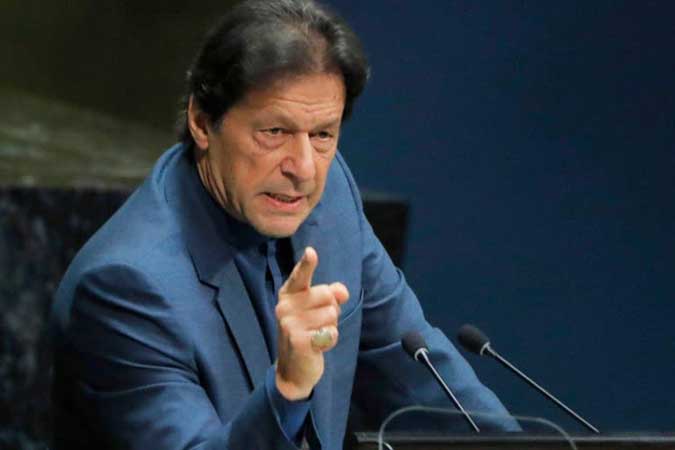 Prime Minister Imran Khan Tuesday said the rising foreign debt and low tax revenue had become a national security issue, as the government lacked enough resources to spend on welfare of the people.

“Our biggest problem is that we don’t have enough money to run the country due to which we have to borrow loans,” he said while addressing the inaugural ceremony of Track and Trace System (TTS) of FBR for the sugar industry in Islamabad.

Citing examples from Western countries, the premier said the tax to GDP ratio in Scandinavian countries was approximately 50 percent. “But in Pakistan unfortunately tax culture was never developed,” he said, adding that the ruling elite never took measure to encourage masses to pay taxes.

Imran said Pakistan could only overcome the “vicious cycle” of debt by paying taxes.

Terming Pakistanis one of the most generous nation in the world, Imran said people will start paying taxes when they were assured that their taxes were not being misused by rulers. He appreciated the FBR for collecting record taxes, saying that his government was aiming to achieve tax target of Rs8 trillion.

Imran termed taxes vital for the country’s economic stability and survival and hoped that the use of technology will help check tax pilferage and take revenue collection to the tune of Rs8,000 billion per annum.

The practice of not paying due taxes was continuing since the colonial era, when people used to think that their hard-earned money was being taken out by the foreign rulers and they were not being provided basic facilities, he remarked.

He said contrary to the aristocratic lifestyle of ruling elite in our country, government ministers in the West including UK, which had 50 times more income than Pakistan’s, were reminded by people, if they ever indulge in high expenditures, that they were using public money. “Government ministers in UK, a country of 60 million people and having 50 times more income than Pakistan, when travel abroad, use economy class if the flight time is less than five hours,” he remarked.

The prime minister further said as against the practice of Pakistani leaders in the past who used to spend ten times extra public money on foreign trips, the prime minister of UK preferred to stay in the UK embassy in the United States to save his country’s tax money. He said it was why the country’s debt swelled from Rs6,000 trillion to Rs30,000 trillion in the ten years period [2008-18] of previous governments despite the fact that there was not a single large development project or any dam. The prime minister congratulated the FBR for the record revenue collection so far and hoped that the country will realize the tax collection of Rs6,000 billion. He, however, added that this revenue collection was not enough for providing basic facilities to 220 million people including in the areas of health and education because the government has to spend Rs. 3000 billion for debt-servicing of the loans taken by the previous governments.

The prime minister hoped that with the automation in FBR and reduction in contact between the taxpayers and collectors, Pakistan will achieve the revenue collection of Rs8,000 billion per annum. Describing the role of FBR as critical, he said, the country’s economic survival and security depended on enhanced revenue collection. He said with 65% of the country’s population comprising of youth less than the age of 30 years, it was an asset for Pakistan.

He said that the people of Pakistan very generously give money for charity but hesitate to pay taxes due to lack of trust in governments. “When we will spend on people, they will trust the government and system,” he remarked. The Prime Minister said there was a need to make people realize that paying taxes was linked with the prosperity and future of the country, nation and their children.

“FBR has to give this confidence to the masses that their taxes will be spent on their welfare. I will personally monitor the results of this track and trace system and that how much revenue is increased due to this system,” he remarked.